The Day The Law Died - CD

This is the first of two audio experiences that came out on CD and Cassette in 1995, after they had first been aired on Radio 1's drive time show, in short serial style segments. I never heard them on the radio but I knew they were coming out in a collected version, so I just waited and eventually bought them on both formats.


The Day The Law Died 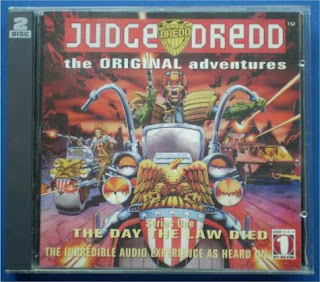 This is the Judge Cal saga, which I am sure everyone will be aware of, so I won't waste my time typing an outline of it (buy the progs or listen to this). The two cd's each have 10 chapters and the story moves rapidly along, mainly due to the episodic way it has been made for the radio and obviously, the source material.
What I like about these is the extra dimension that it brings to the saga. I know the strip inside out and so when listening to these, with the weapons fire, Lawmasters gunning their engines, etc... it just brings the strip to life as you have all the images in your mind from the pages.

Below are all the pages from the sleeve of the CD plus the front and back covers. 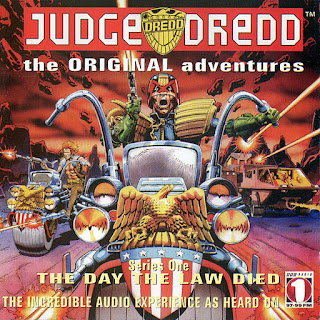 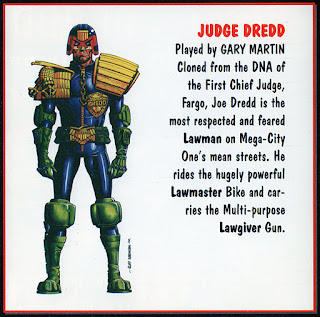 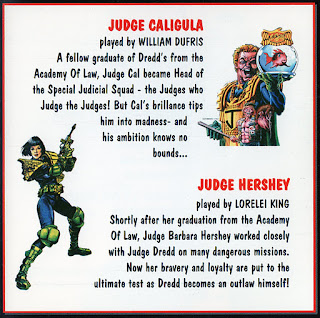 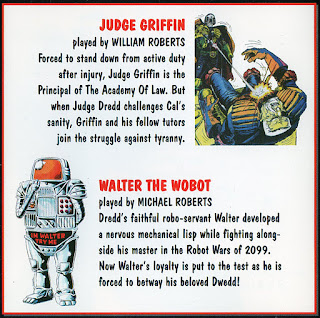 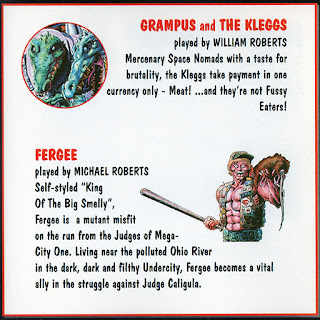 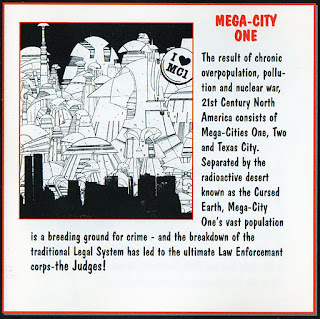 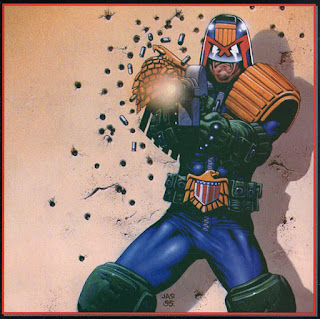 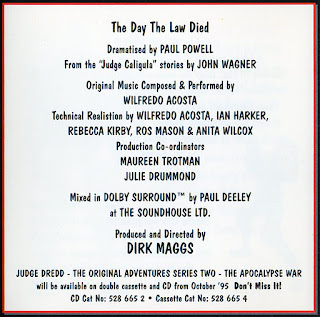 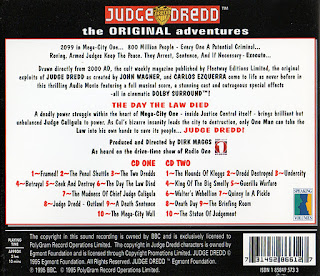 Have a listen to the opening part of CD two, it's called
'The Hounds Of Kleggs'
I've just added sketches and artwork to the vid, just so the screen isn't blank.
To end with here is a picture to show you the double cassette of the tale. All the internal artwork and words are the same, so I won't show them.
﻿ 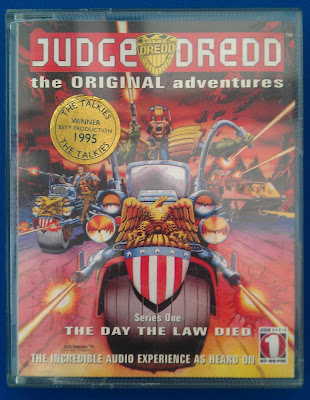 Look forward to the second of these in the 'very' near future!
Posted by John