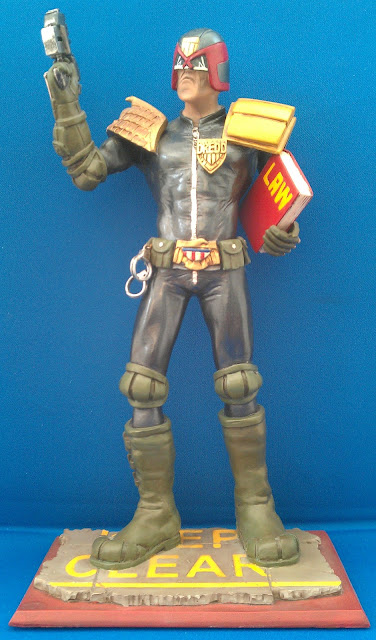 This is the statue that came out to promote the Dredd vs Death game (in 2003) licensed by Rebellion and Sierra. I bought mine at Dreddcon 3 (the one when I spent a small fortune on merchandise). Can't remember the price but it must have been around £30 but it goes for a little more than that now on ebay!

It was made in Germany and is built from high density polycast resin, it stands 12" tall and is taken from Jock's artwork. By the way, the cuffs are loose and give it that extra level of realism.

I think it looks pretty good, I put that down to the figure not being in a crap 'so-called' action pose!

Now for the pics. First up the figure, followed by the box and finally the figure in the protective packaging. When you look at the box, strangely it shows the same side picture twice but from slightly different angles! 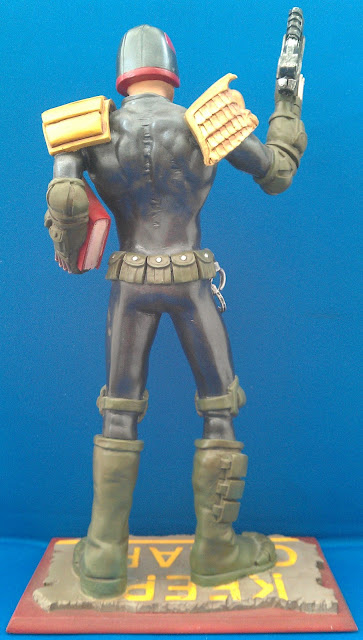 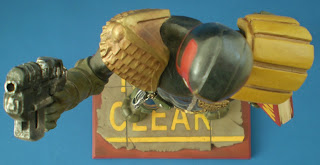 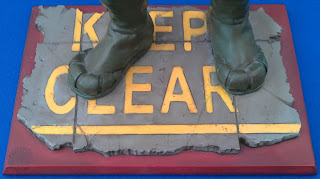 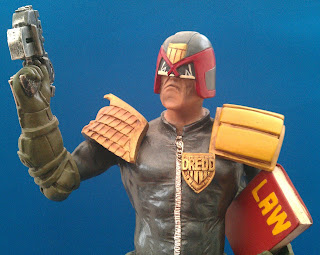 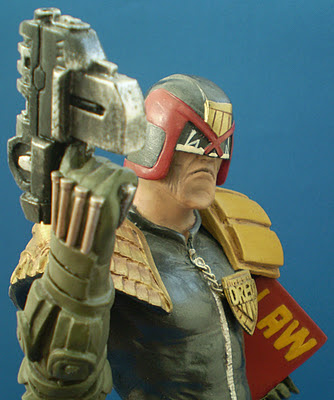 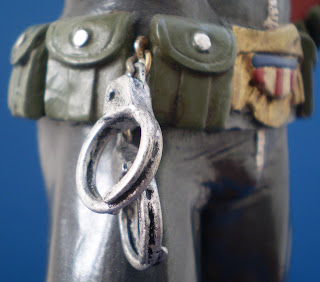 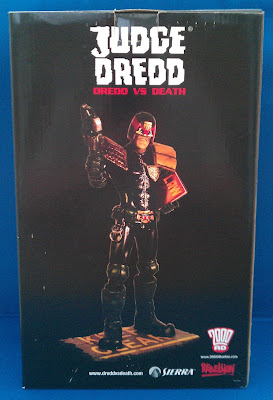 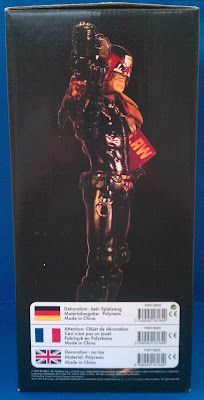 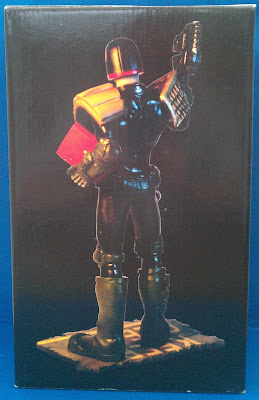 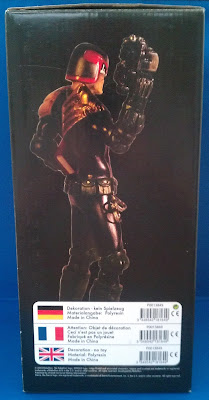 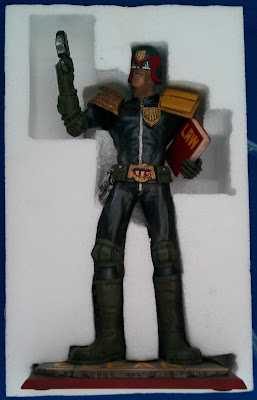