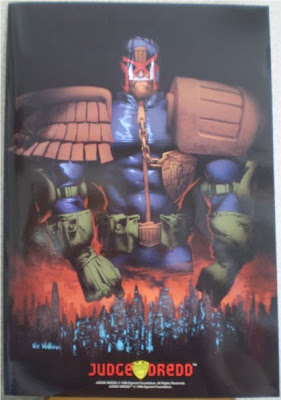 In the October 1995 edition of Model & Collectors Mart there was an advert by P&J Promotions for numerous B.T. phonecards and amongst all the Star Wars, Aliens and Captain Scarlet crap, were three cards, featuring Dredd on his Lawmaster and Mega City One, I was in heaven. At the bottom right there was a phone number, that was it I had to ring up to inquire about them and so I placed my order over the phone and started collecting. The price of each card was £10 plus £1 P&P and the price for the 19th card and folder was £36. 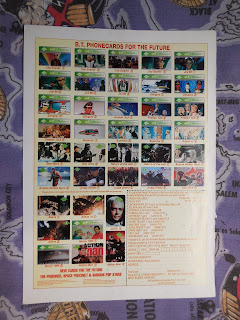 The series consisted of 18 cards telling a story involving Dredd, Anderson, the Dark Judges and Mean Machine. It was written by John Wagner and drawn by Kev Walker. Along with the phonecards that only depicted the art, you also received an A4 folding card of the same art but with the story shown included on the picture. There was also a 19th card, that came with an A3 folder that you could attach the cards to, as if! 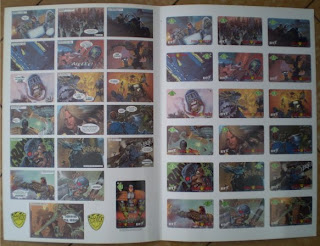 This was a limited run of 1000 worldwide and I thought it was good value and the artwork was by an artist that I liked, so I was quids in all round.

Soon after the first card arrived the adverts started to hit magazines and the like, showing what the full set was going to look like, including card 19. 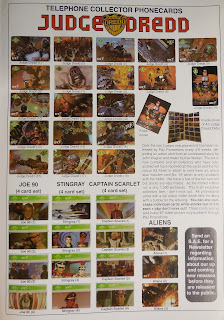 Here is the obligatory group of photos showing the folders, which the cards came with, as these include the speech bubbles and story, the cards are blank! First picture up will show the front and back cover of the folder.  From the second picture it's the internal A4 size image.
Once the story starts on the second picture, you will notice that there are two lines on the right hand side of the image. This was the area to place your card, until they came up with number 19, I presume.

Don't forget to click on the first image to open it all up and fill the screen! 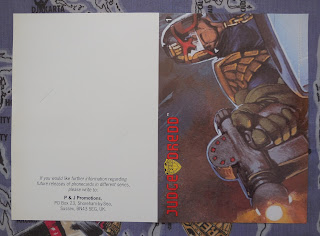 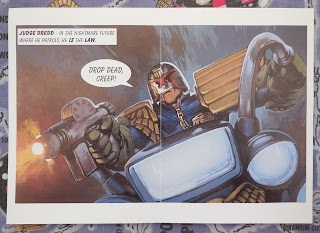 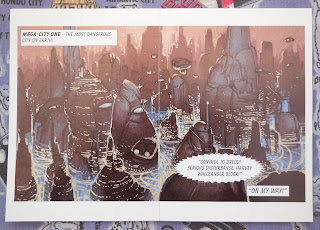 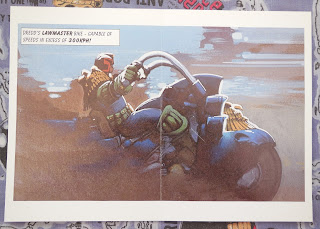 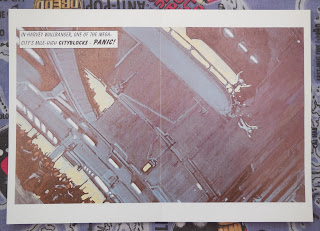 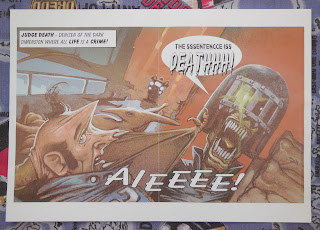 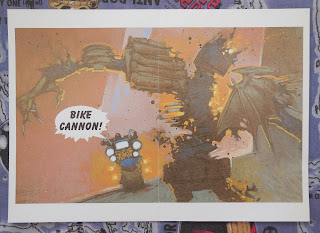 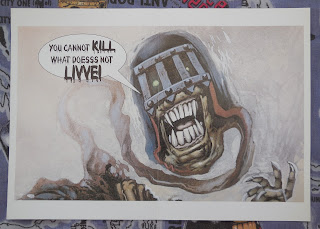 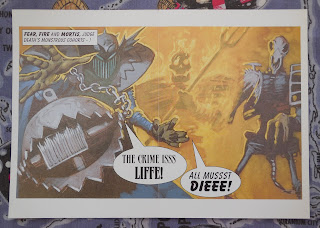 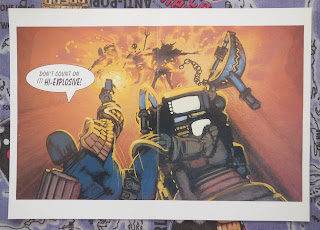 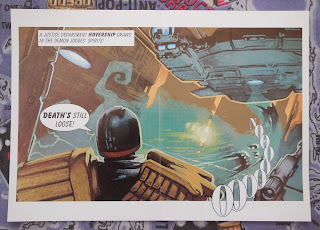 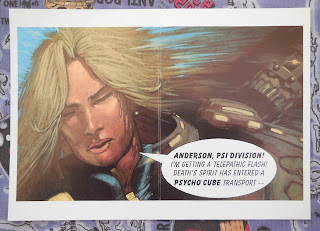 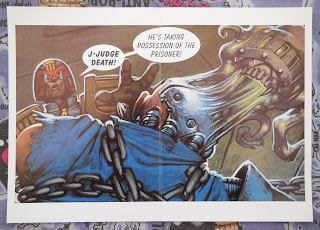 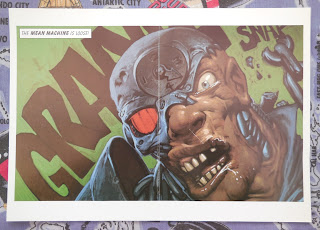 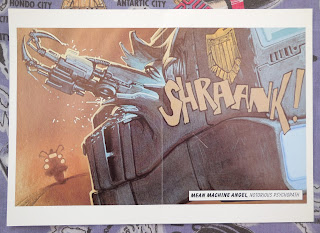 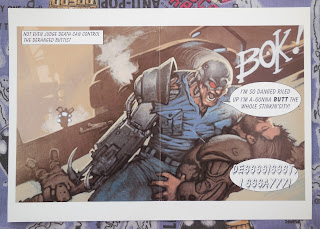 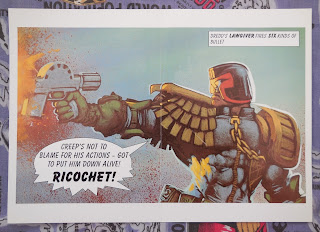 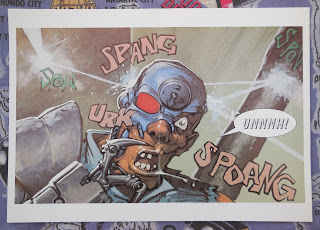 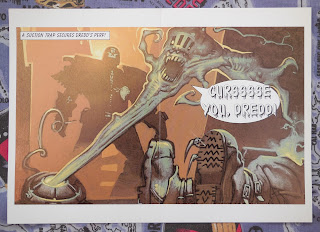 Once the 18 cards were in my possession, then this letter arrived and the 19th card soon followed after the payment of £36 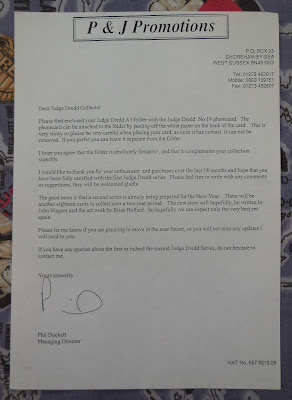 This is the full set that I had framed including the 19th card and a metallic plate describing the series. Here it laid out on the Dredd quilt cover. I just couldn't get it straight on due to reflections and all that stomm!