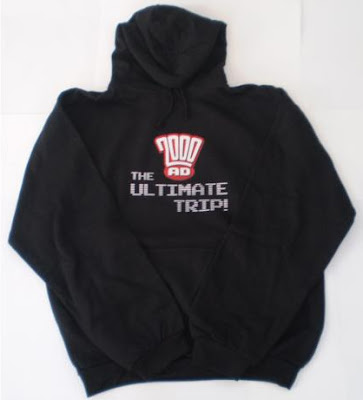 This was another purchase at Dreddcon 3 which was held in London at The Brewery in 2002. It's an extra large hoodie with the saying "2000AD The Ultimate Trip" on the front and a picture of Tharg on the back from the sixties, smoking a large joint! You can't quite see from this picture but it has a pocket at the front. Also the actual words on the front have a plastic/felt feel to them but the rear picture is a normal iron on transfer.

I think this was around the £15 price range but I can't quite remember, as I bought quite a lot of merchandise at this event. In fact I had two sacks worth and when I was walking back to the train station I was propositioned by a lady of the night. My reply was I'm married and anyway, do you think I would leave these lying around, or something along those polite lines! 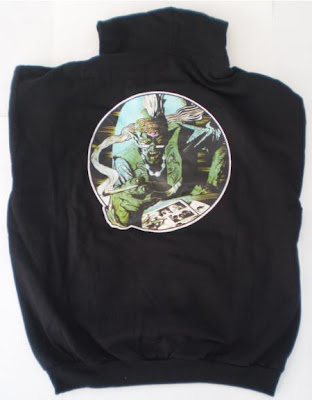