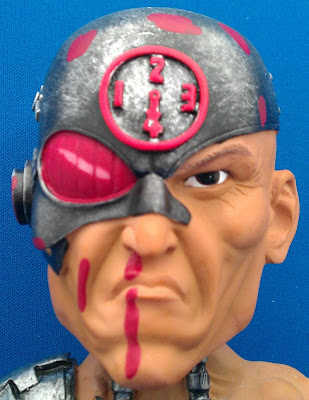 Here is the Angel Gangs most feared member, the seemingly unkillable Mean Machine!
As with the rest, the packaging is the same, although when Mean arrived his claw was not attached, due to the blister packet. This was probably because it would have made the blister packet stick outside the front of the box (bad for transit). I've since glued this piece in place and so can't put it back into the box with the front cover on, as you will see from the second picture below. 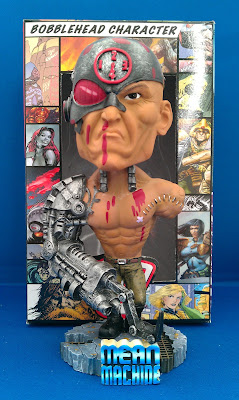 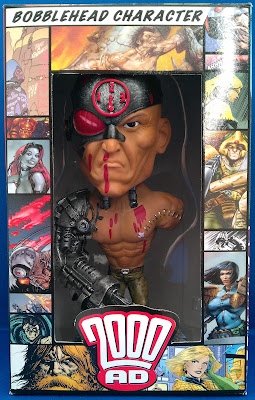 Now for the pictures from all angles just to give you a better look at the figure. My favourite part of this figure is the stitching and scar left behind from his arm being amputated.
Once again, here are Cliff's designs for Mean, before you see the actual pictures of the figure. 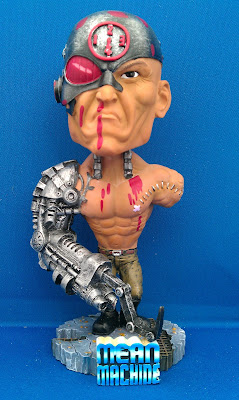 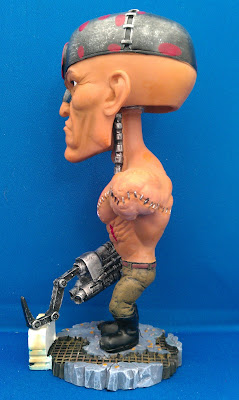 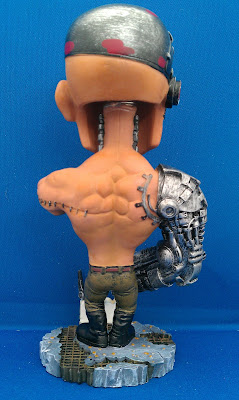 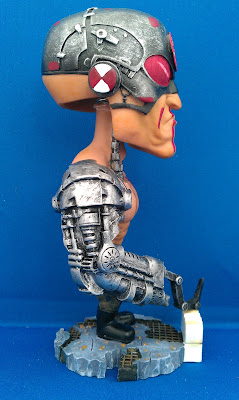 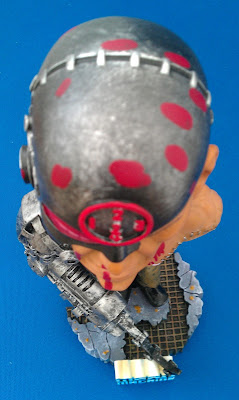