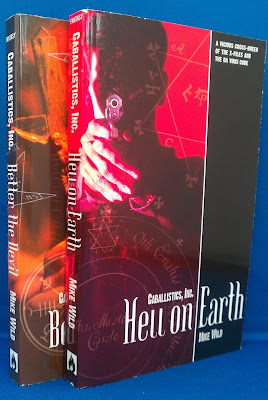 These two books are from the series of the same name from 2000 AD by the creative team of Gordon Rennie and Dom Reardon. If you want to have a look at the official website of the agency, then have a look here!

'Originally known as Department Q, a secret department within the British Ministry of Defence was tasked with investigating the supernatural on behalf of the Government. But times are hard and Department Q has been sold off as a private company and renamed Caballistics, Inc.' 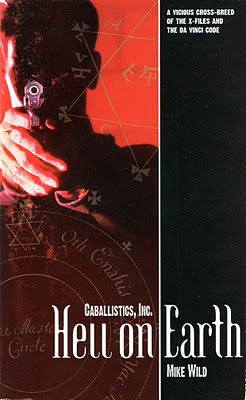 'When the Caballistics are attacked in London, they are forced to use powerful magic, breaking The Accord - a long-held pact that forbids the use of sorcery. They've been set up and someone wants them out of the way, but who? To find the answer, Caballistics, Inc must form unholy alliances with the "dead of London" and the shadowy organisation know as the Dark Parliament.'
London is about to become a war-zone... 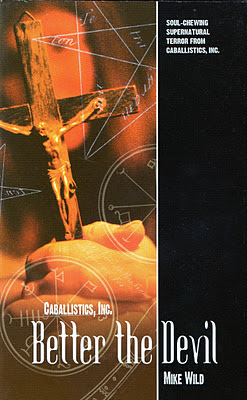 "SHOW ME YOUR SINS" - the last words heard by the residents of Boswell before incineration by a powerful force in 1944. Old news until a forgotten biblical being is awoken by an apocalyptic cult. Facing explosive ley-lines, Boswell's reainimated dead and a fallen angel intent on bringing about Judgement Day, it's another busy day at the office for Caballistics, Inc.

I was never a fan of the series in the prog, the art I liked but the stories just didn't do anything for me. Once I had read these, especially the first with the London scenes, I went back and found a new respect for them and enjoyed them a bit more. I personally think these types of stories are better suited to novels but then again that's just my opinion.