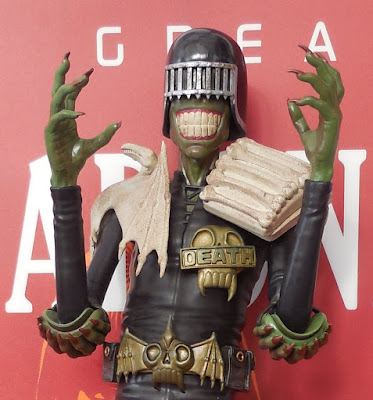 Unbox Industries finally made their Judge Death available to buy on the 16th of December 2017 with the following advert on their site. By the way, it was a long wait from the initial knowledge knowing that this Dark Judge was coming, till we could pay for it.

'Unbox Industries once again join force with 2000 AD to expand upon their series of stunning interpretations based on the universe of Judge Dredd.
Several of the world's greatest graphic artists have interpreted Judge Death, but his first published appearance was in Prog 149 and illustrated by the legendary Brian Bolland.

Unbox based their interpretation on Bolland's judge Death from the 2000AD Postergraph featured in the "Judge Death Lives" storyline, one of the most memorable and disturbing illustrations from that era of the Galaxy's Greatest Comic. The figure stands at 13" high on a 1" base and is intensively detailed, using a combination of PVC and ABS materials. It's high-end production succeeds in pushing the envelop in the vinyl figure category, giving new meaning to the term "execution."
Packaged in a stunning box, the figure is a must for serious collectors.'

The price was $85, which at the time came to £66.07, which wasn't too bad, especially with the early birds getting free postage and packaging. So I placed my order and within a month it was delivered, which was impressive.

Lets's start with the video of everything before we go onto the pictures. It's quite short, so don't be afraid. I also mention that mine seems to have a slight lean, or does it!


Now for the obligatory photos and as always, click on the first to enlarge them into a slide show. 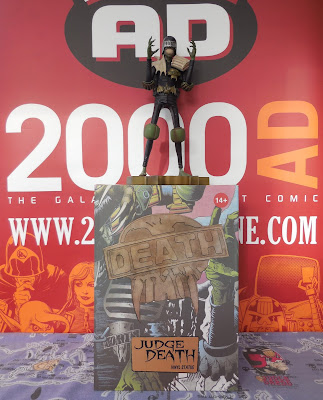 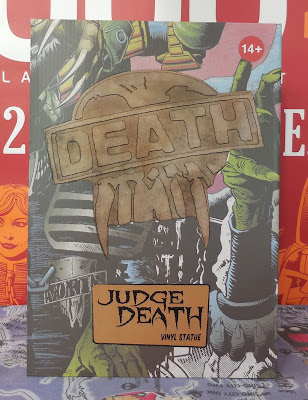 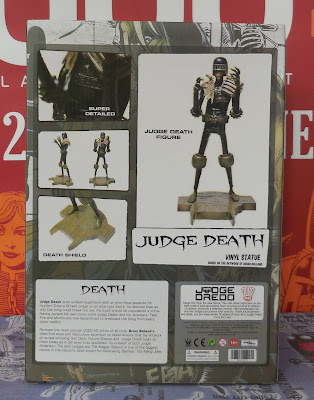 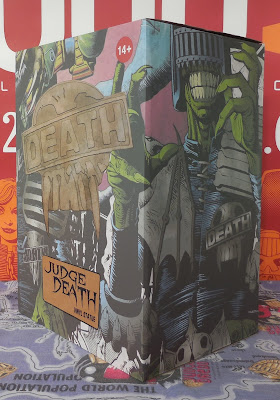 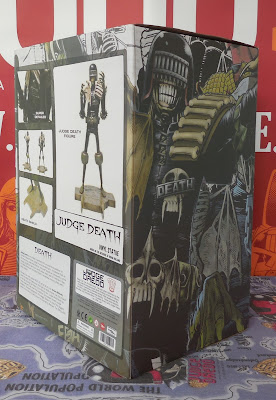 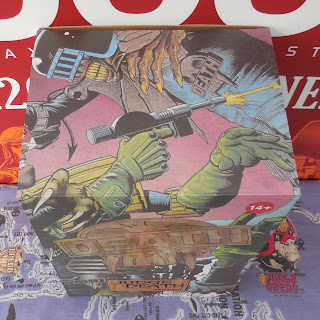 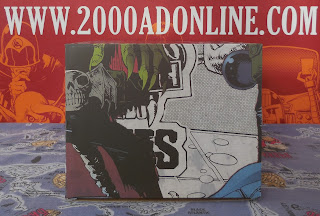 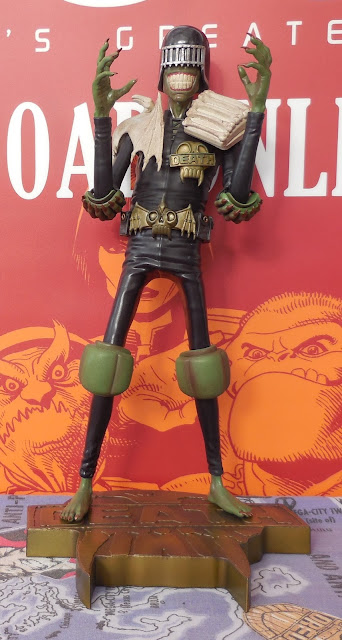 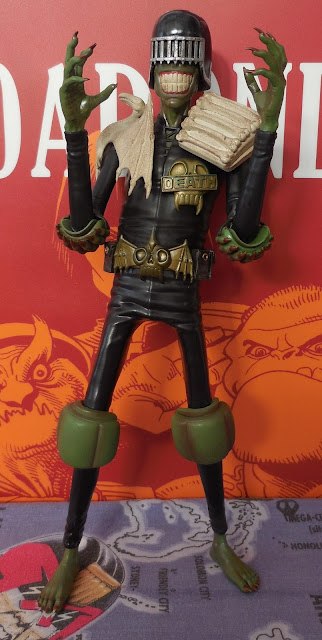 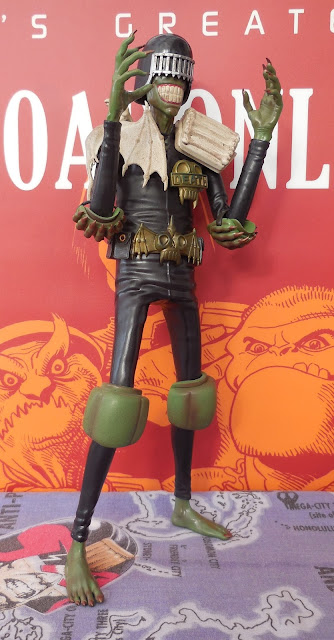 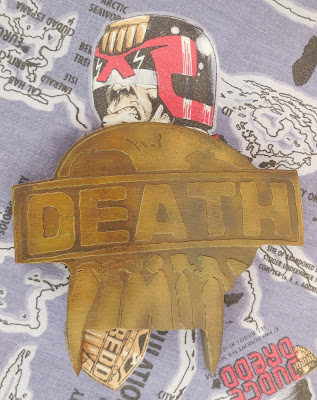 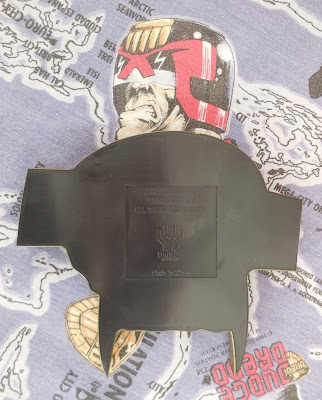 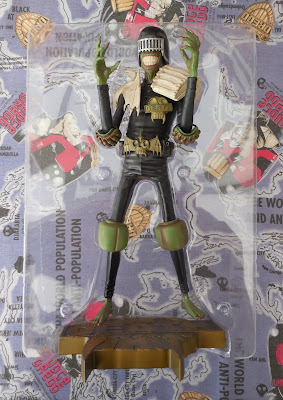 Again, Unbox have done a grand job (apart from that lean). Saying that, others have said that theirs doesn't lean, so maybe I am seeing it slightly different. Anyway, that doesn't distract from an excellent build at a fantastic price.


I look forward to seeing what they come up with next, will it be Anderson, or more Dark Judges, or how about a Mechanismo Judge.
Posted by John