I AM THE LAW : ANTHRAX 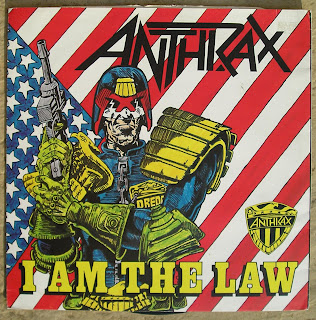 This record was made in 1986 and I have the 7" picture disc and the 12" disc with the fold out poster. I have to admit that I've never played them, as I don't have a record player anymore. I didn't buy them when they came out, mainly due to the fact that I was never in the country much at that time, so they became another eBay purchase.

The 7" has Dredd on the front, stood in front of the US flag, with his Lawgiver drawn. It seems to done in the style of Cliff Robinson (I think) but is actually drawn by Charlie Benante, who is the bands drummer (good job I looked the band up). On the rear it has a Judge's badge with the bands name emblazoned across it. 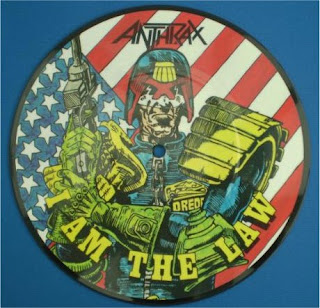 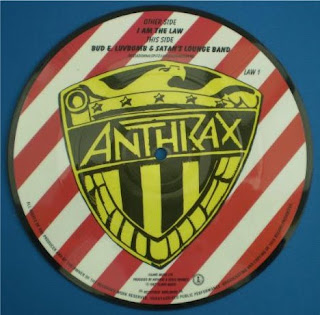 The 12" single opens up into a massive poster that depicts the cover of both singles. It also depicts all the members of the band as Judges, one major problem is that they all have long hair (uniform violations). It also has the song lyrics written down on the internal sleeve. 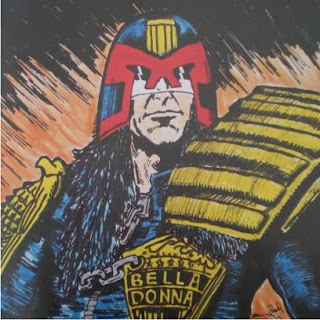 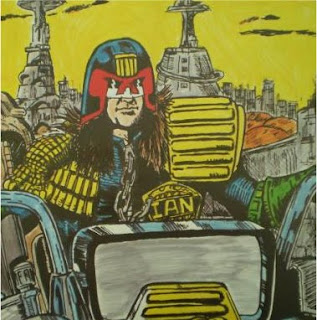 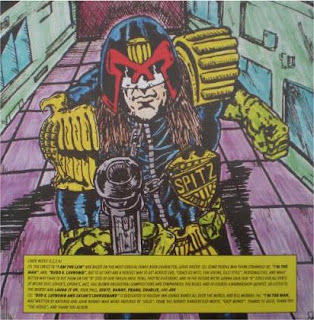 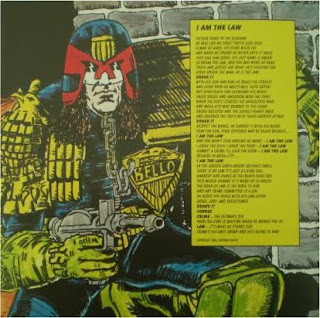 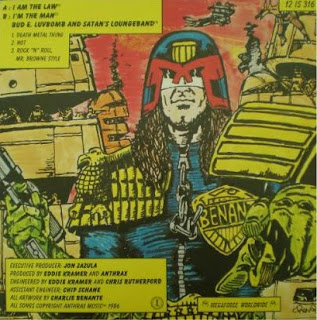 Here are the lyrics, which actually prove that they do know what they are talking about and actually are fans.

Finally, here is the poster of 'Old Stony Face' himself, again drawn by Benante. Here is the poster and I've included a pic of the rear, just so you get some idea of the scale, yes it's just the size of 6 x 12" singles! 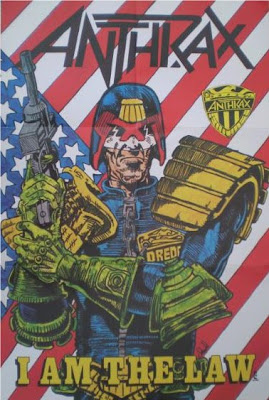 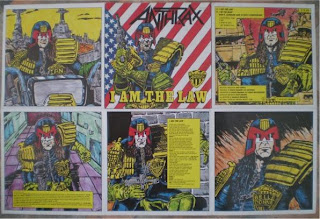