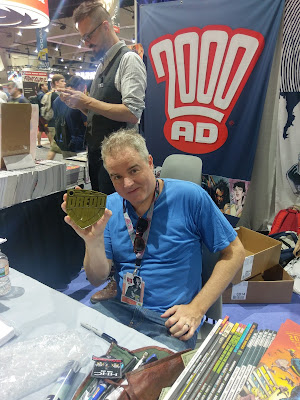 At San Diego Comic Con 2017 there were a few 'Exclusives' to be obtained but the most wanted, was the Jock badge from Planet Replicas, of which, he had 10 at the 2000 AD Booth.

His signing was at 11:00 on the Saturday of the convention weekend and what a queue he had over that hour, which went on a wee bit longer than that, which kept the fans happy.

The San Diego badge is much lighter, coming in at around 287g, while the standard badge is around 471g. It's not all down to the weight though, as you will see from the following pictures.

The exclusive is a flat badge, while the standard is thicker, due to the convex nature of the curve that it has.


The San Diego exclusive is on the left in the following pictures and don't forget, click on the first to see the slideshow. 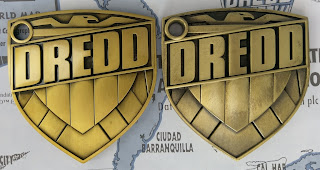 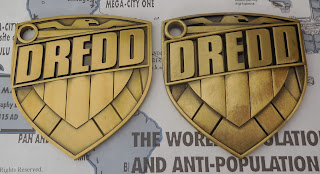 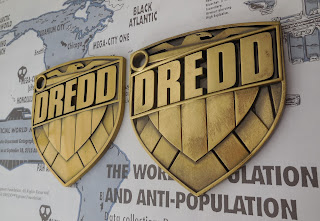 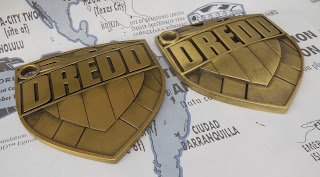 I was luckily at San Diego and saw Jock at the booth but the person in front of me grabbed number 10 from Jock. I held it together and didn't let on how heartbroken I was, in fact is was quiet funny really, when you think about it!
Here I am pretending to be at the front of the queue. 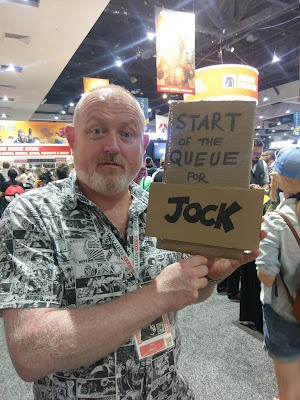 And here's me laughing about losing out on the badge! 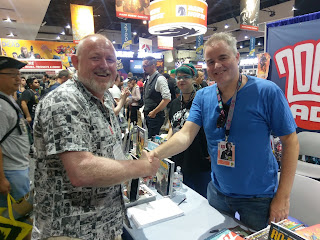 How I got my badge is another story, which I did tell on the Everything Comes Back To 2000 AD Progcast after I returned home from the convention. If you see me at a con, ask and I may tell you about it!

I must add that Jock is an absolute delight and entertained all who queued up for him, with chat and sketches.
Posted by John