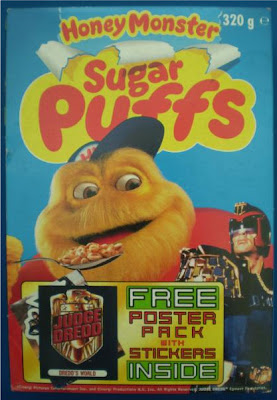 When the Stallone film came out, one of the very few tie-ins that happened (make that the 'only' one) was with the cereal Sugar Puffs and it came in the guise of info booklets (that opened up into posters), stickers, 3D cardboard ABC robot and a basic game (on the back of one of the boxes).

The boxes came in two sizes, the 625g and the 320g. The smaller box had a game on the rear, called SAVE MEGA-CITY ONE and it was 'very' simple to play (instructions on the base of the box). Collect 20 points and then spin a 6 to win!

The larger box was the 'Special 3D Model Pack', this had a false back and when you lifted it from the box a cut out model of the ABC Robot was underneath.
On both packs was an offer to buy a Dredd watch for £3.49  (I already had this). Also there is a picture of the Honey Monster in a Judge outfit on both of the boxes, my favourite part. 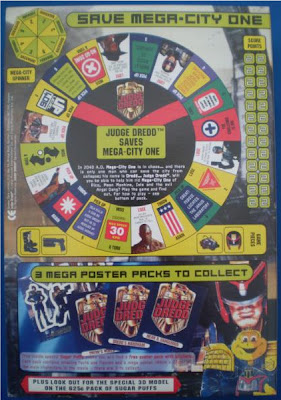 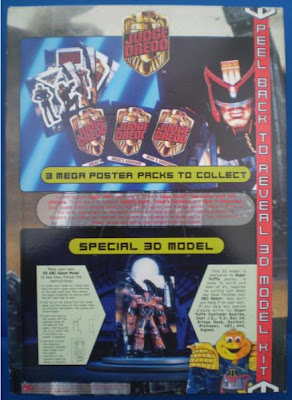 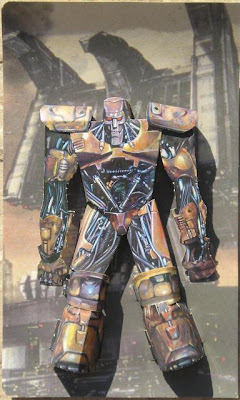 I initially bought 1 of each sized box and when I arrived home opened them to see what amount of stuff was on offer, inside! It turned out that the info booklets consisted of 3 different types. 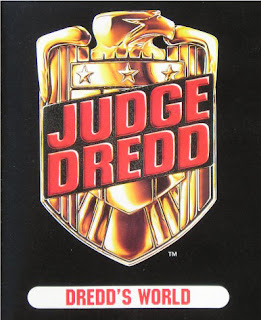 This opens up into a picture of Dredd from the torso up. The info in the booklet tell's you about The Janus Laboratory & the Aspen Prison along with basic info about Dredd. One mistake that it has is that it shows Dredd holding the shotgun and it says that he is holding the Lawgiver Mk II. 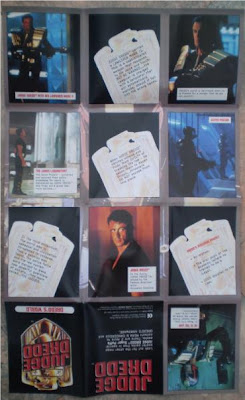 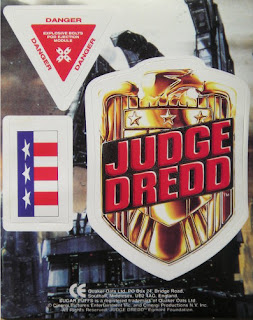 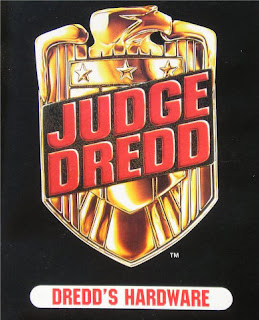 This opens up into a picture of Dredd with the Lawgiver held aloft standing in the corridor from the block at the start of the film. The booklet has two cutaway diagrams inside The Lawmaster Mk IV & The Lawgiver MkII. It also shows a Vital Credentials Unicard, Handcuffs & an Aspen Prison ID Card. Finally it shows the Lawmaster in street mode & flight mode. 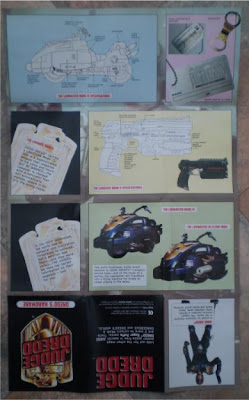 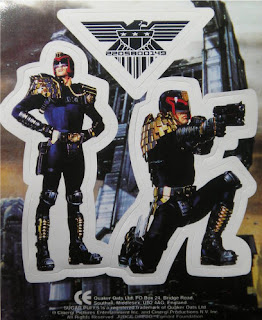 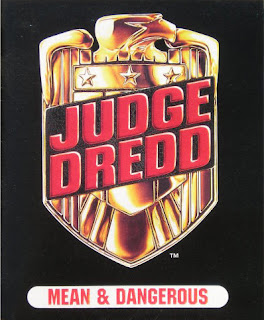 This opens up into a picture of the ABC robot (which has then been painted over). The booklet has a few pictures of The Angel Gang, Mean Machine & the ABC robot and not much else. 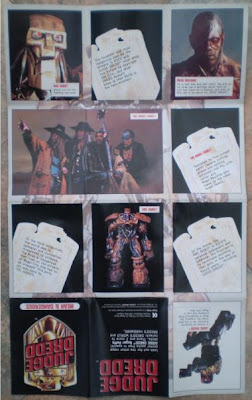 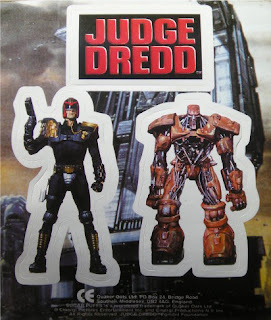 I had to make sure that I had two of each of these, one to keep sealed and one to open, just to see what was inside. This is what has stopped me eating any Sugar Puffs for over 15 years, it was torture trying to get the two complete sets. In the end I gave loads of the stuff away! Even though this was an ordeal I would like to see another cereal tie-in when the new film comes out, I just hope it's Shreddies this time!
﻿
Posted by John