Judge Minty Figurine and No Law for 2000 Miles sign! 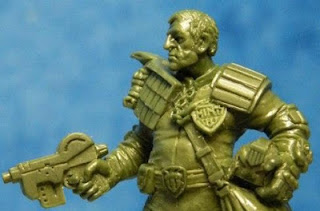 Yes folks, it really is a miniature cast for the lead actor of the upcoming Judge Minty Fan Film, Edmund Dehn. This will be a wonderful addition to any collector of 2000 AD miniatures out there. Hang on a second, what am I saying! If you like any type of model then this is for you. I'm expecting people who play RPG's to want this, alongside crew members of Judge Minty and friends of Edmund. In fact why not just drokkin' well get one for yourself NOW!
How do you do this, well this is the best part, as you are going to be altruistic, which always helps!
Just follow the links below to make a donation to one of two worthy charities, or you could even donate to both. It really is that simple and if you are allowed to make a GIFT AID donation then drokkin' well do it. It costs nothing but adds extra money to your donation for NOTHING, which can't be bad!
Judge Minty Charity One: Multiple Sclerosis Society
Judge Minty Charity Two: Cancer research UK
It really is as simple as donating via one of those charities and following the really simple instructions, drokk, you can even pay via paypal!
All that is required is a minimum of at least £15 for one of the figures. I expect most serious collectors will put in at least £30 to get one of each type. What do you mean, one of each type, I hear you cry! Well you can go for the basic metal figurine, or you could go for the Trollcast version('Trollcast' is a revolutionary plastic/resin hybrid). Then again, why not buy both, as you know you'll want to!
All you have to do after giving your money is send an email to charitymini@gmail.com and include the following pieces of information:-
Name
Address
Just Giving receipt reference number
How many you would like and please specify which type!
So as you can see, both are worthy causes and you get something out of it as well as a warm glow, what is not to like!
Here is another picture of Edmund just to close the deal. 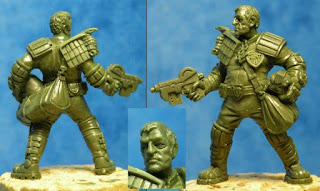 BEFORE YOU GO
As an extra incentive there has been something extra added!
If you donate a minimum of £25 or more, you will additionally get a project-exclusive resin display base for their miniature.
It doesn't stop there, if you donate £35 or more, you will additionally get a miniature version of the Judge Minty sign. Yes the sign that is resident in the Cellar of Dredd.
Now I hear you saying but what do I do, I've already donated a certain amount. Fear not fellow collectors. All you have to do is top up your donation, the same way you have already donated. Then when you send the email just inform Jon what you have done.!
By the way, here's what the original sign looks like! 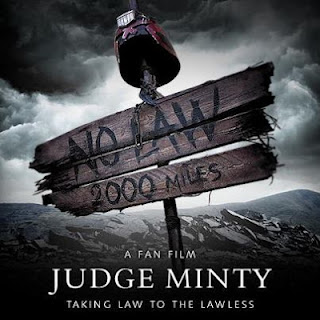