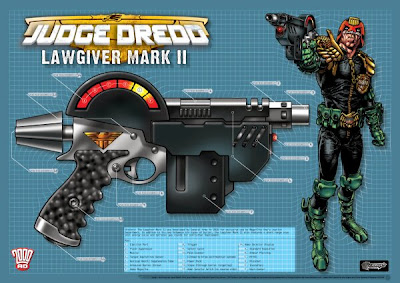 Many moons ago I saw that the Termight Replicas website had a run of Lawgivers for sale! Obviously I got in touch with Wake and put an order in straight away and waited for it's arrival. This first version I have no idea who made it, as it was up on Wake's site but all that info has since been taken down, as there are no more in the pipe-line.
The second is the work of Jonathan Bayliss A.K.A. Sloopy who also made the helmets (more of that in another post). As well as the weapon itself, you also got a signed Lawgiver print from Cliff Robinson (pictured at the top of the page), I have two of these now. They are not on paper but a thick plasticy material. In fact I reckon you could use them as placemats!!!

First up is Wakes's original take on the Lawgiver. I have no idea of his work process or what the materials are but it's some sort of plastic! Edit - It's vacuum formed (thanks to Sloopy for that) 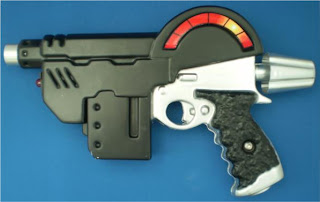 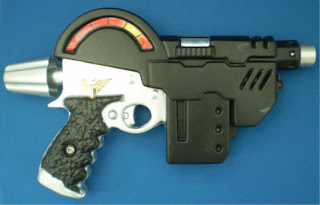 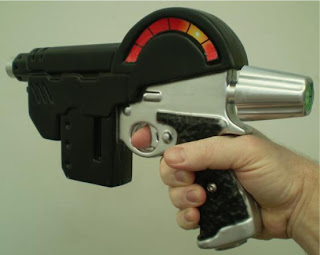 Next is the Sloopy version. I was informed that he was doing his own take on the weapon and so got in touch, as he was doing this as a private sale item. It's much better than the other one and is made out of resin. The trigger works (well, it pulls back) and the mag comes off. All the extra work really comes through on this version and I was very happy with it....but there is one MAJOR mistake though but I'll tell you that at the end of the blog, unless you can see it first! 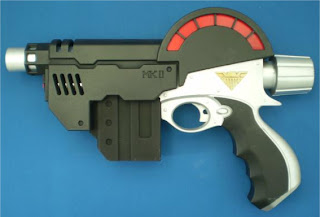 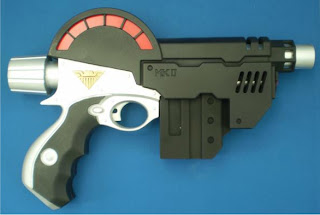 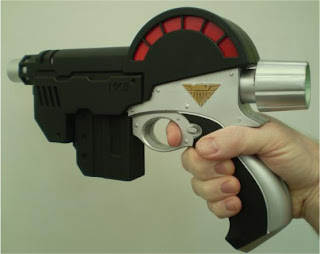 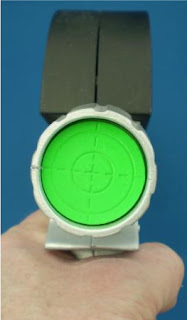 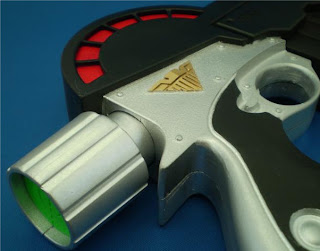 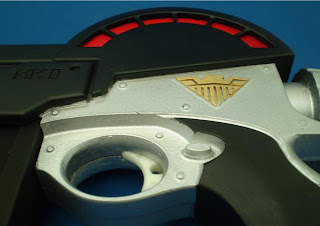 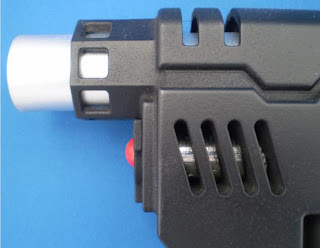 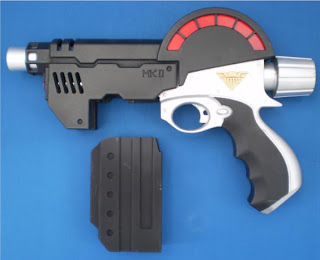 Well did you see the mistake, there's NO ejection port for the spent cartridge cases, instant jam!!!

Finally a couple of pictures just to show the two next to each other, enjoy! 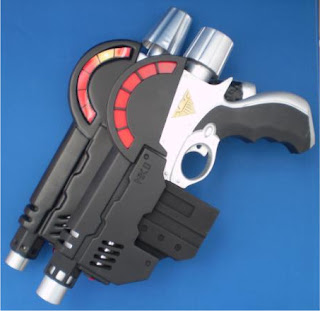 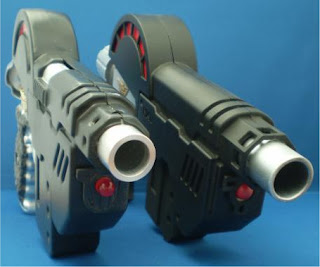