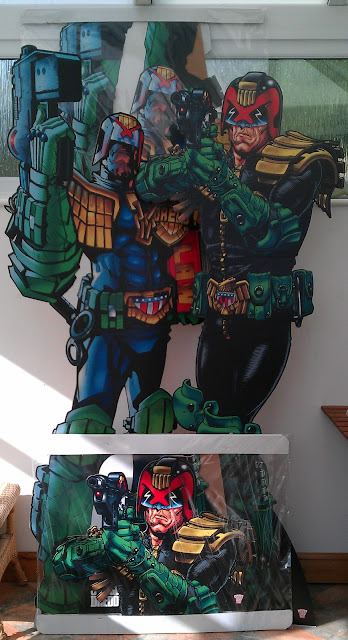 The first in a (hopefully) long line of standees has just been released and they are by two of the best Dredd artists around, Jock and Cliff Robinson.

I was informed of these by Graham the owner of my local comic shop,  The Grinning Demon. They had missed being placed in Reviews but had been included in an email, sent out soon after. I quickly put my name down for two and waited for their arrival.

When they did arrive they were in two large cardboard packets. I had told Rob Stewart about them and he ordered a pair as well. I said to Graham that I would carry my parcel back home now and get Robs the next time I'm down. Sadly I was informed that there might be two of the same in each, bollocks! I made a hole the cardboard and carried the pair back home and what a laugh that was, as you can guess when you see the picture of the size of the container below this sentence! 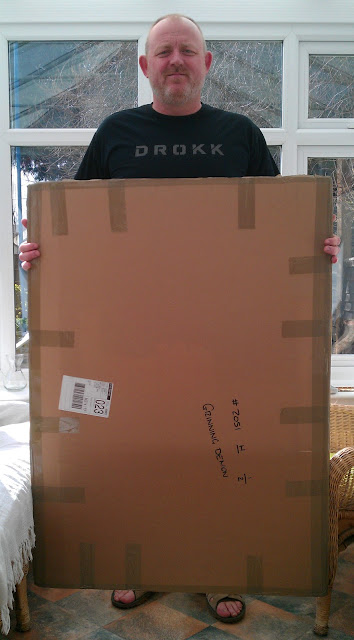 First up is the Cliff Robinson one!
It comes inside a plastic wrap with carboard protection and unfolds into its full size via two bends. Don't forget to click on any picture to enlarge it! 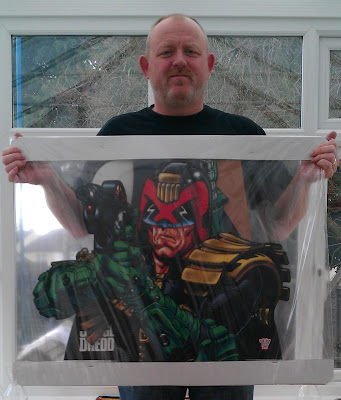 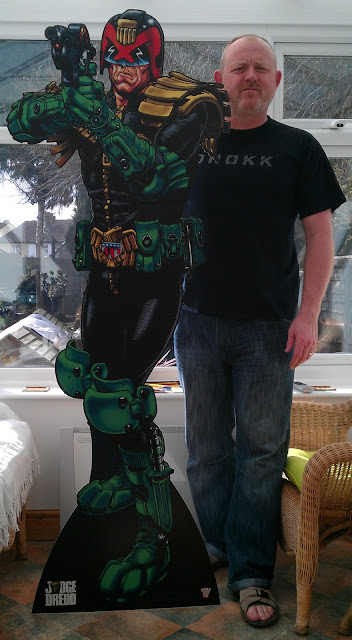 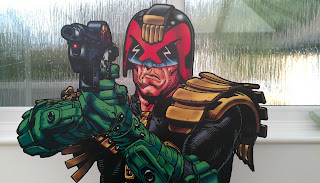 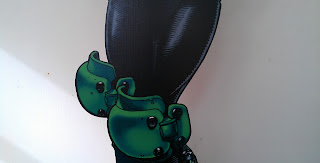 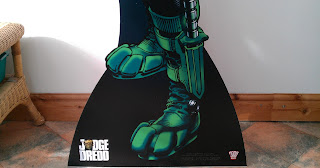 Next up is the Jock one! 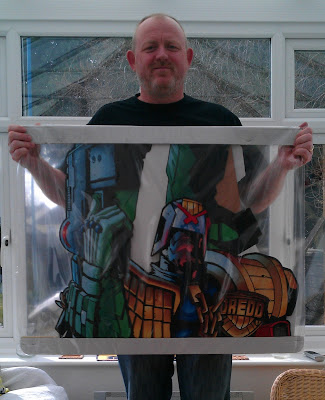 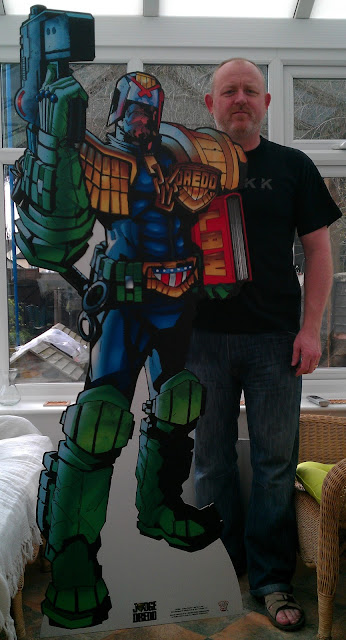 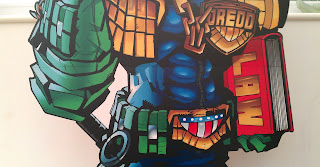 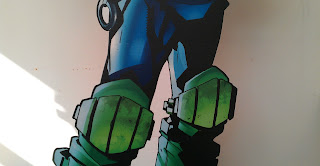 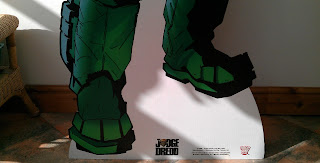 So there you go and if you want to get your hands on them, I think they are under £30 but I forget such trivial things. One last thing, I love that these are spot on Dredd but so different!
Posted by John 2 comments: