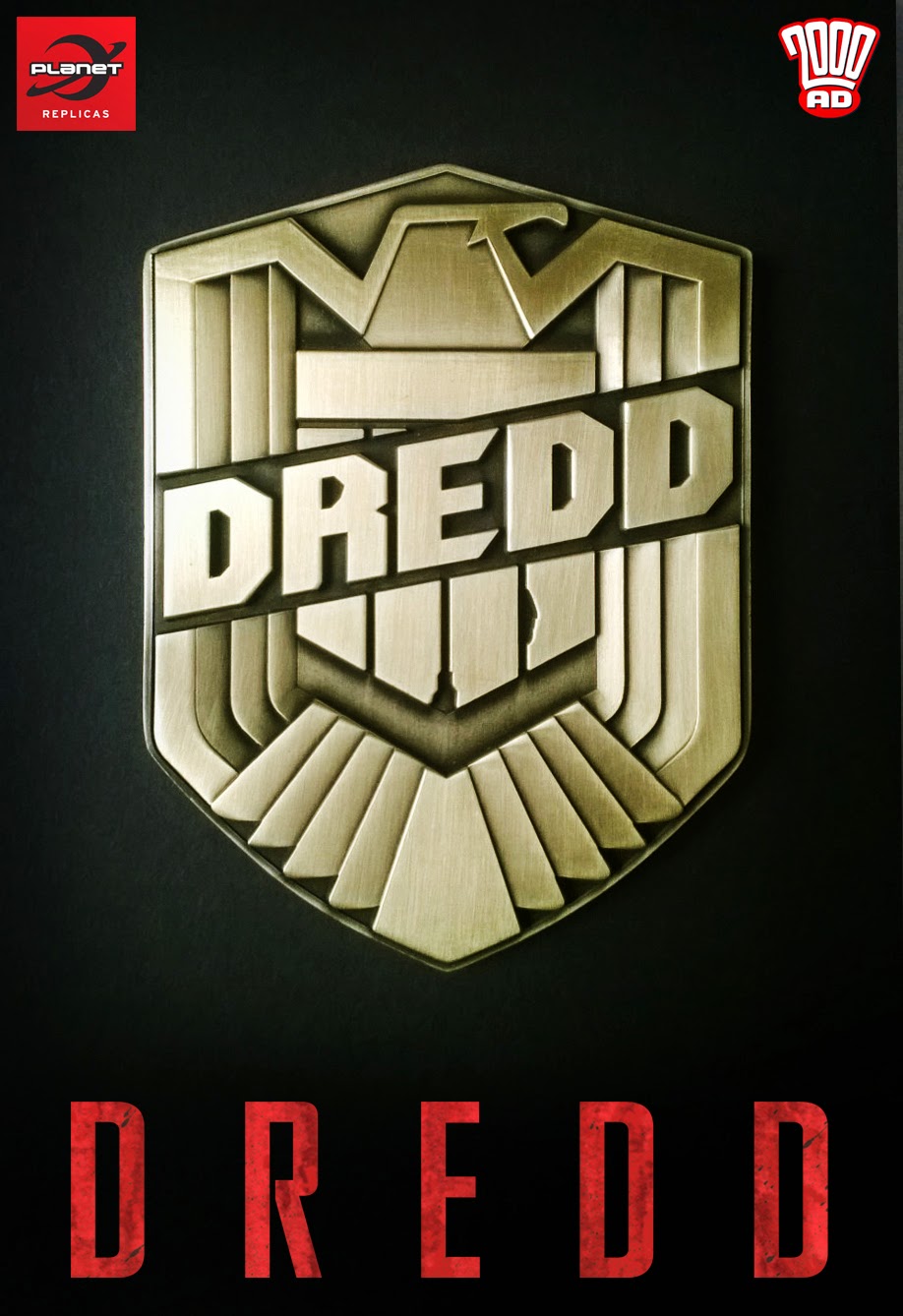 This badge is produced by Planet Replicas and is yet another magnificent build in their current line of badges from the world of DREDD. You've already seen the Comic version and the Judge Death version, well this (as you can obviously tell) is the Karl Urban movie version, taken from the Underbelly comic by Arthur Wyatt and Henry Flint.

Due to first print run of this comic selling out, there was another print run but with a cover by Jock. Here for your pleasure are those two covers! 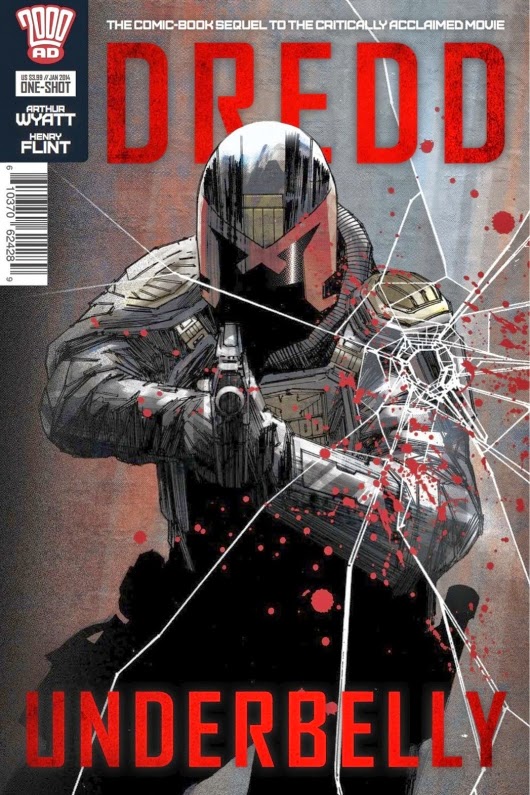 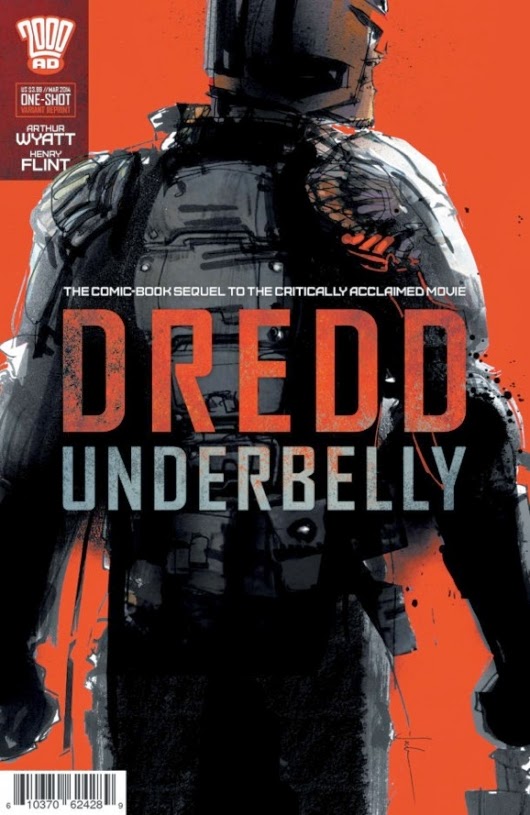 Anyway enough about where the badge design came from, here's a bit of info about it, taken from Planet Replicas themselves.

With styling taken from the comic and a genuine DREDD badge from the movie used as further reference, the badge is cast in metal with a stunning finish.
Presented in it's own gift box, it comes with a subtle black display stand that clips into recessed holes in the back of the badge.
This replica is an iconic piece for any Dredd fan, and a perfect crossover for film and comic Dredd collections!

Details:106mm x 80mm x 7mm thick
275g in weight
Gift Box
Clip-In Display Stand
It costs £40 plus P&P
Here are a few pictures of the one I bought, so excuse the average photo's and just so you know, the background is actually official Judge Dredd wallpaper!
On it's stand 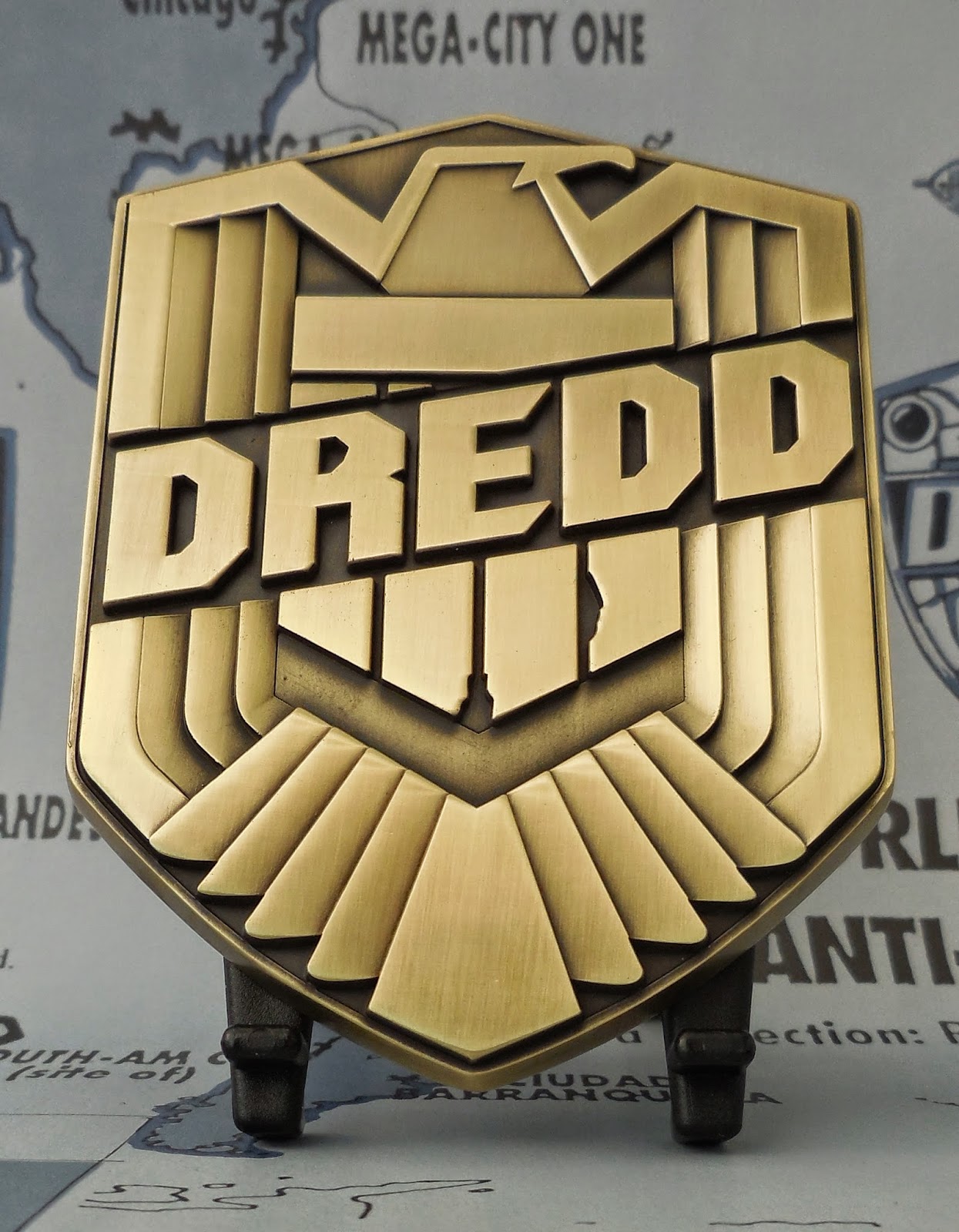 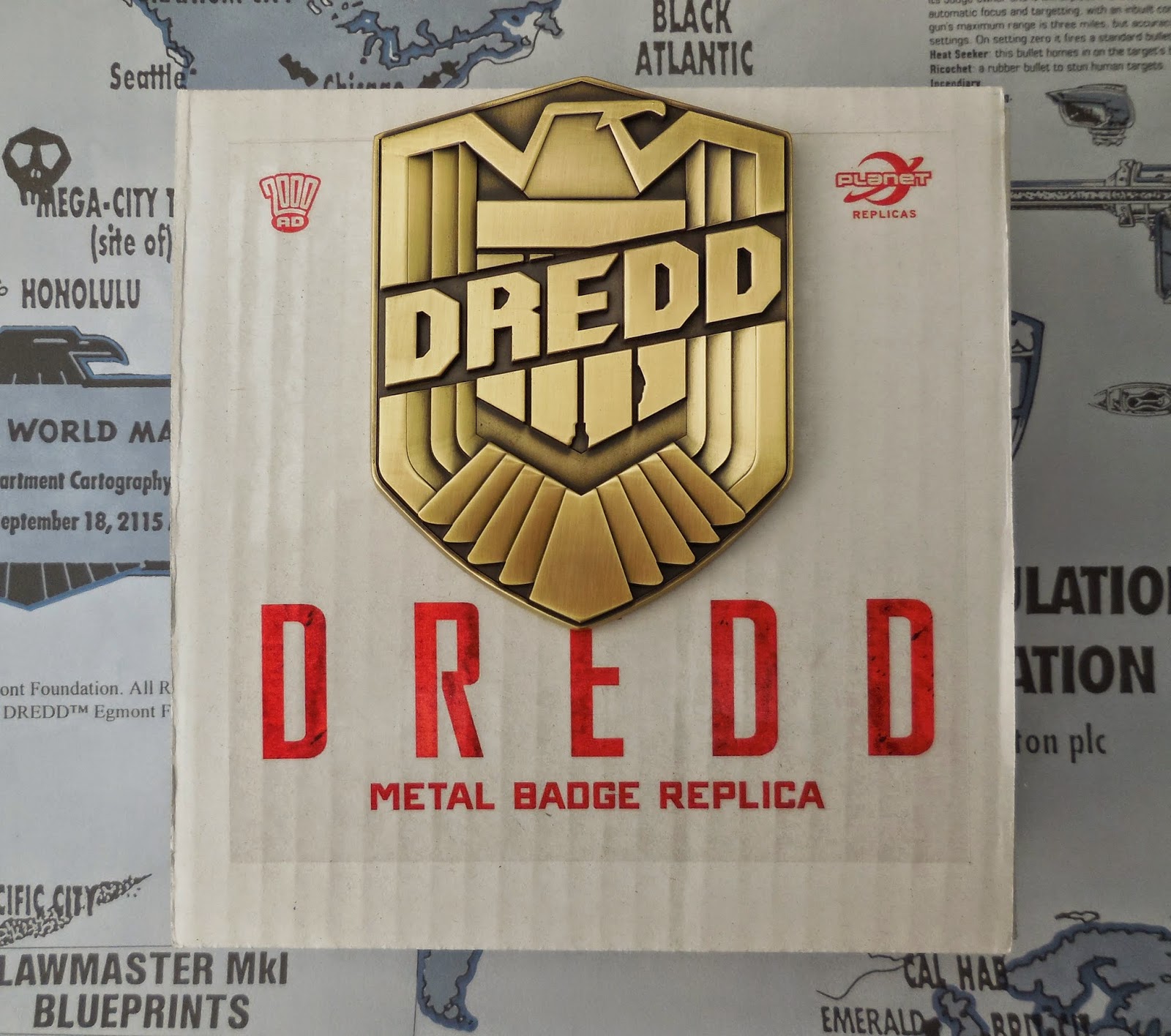 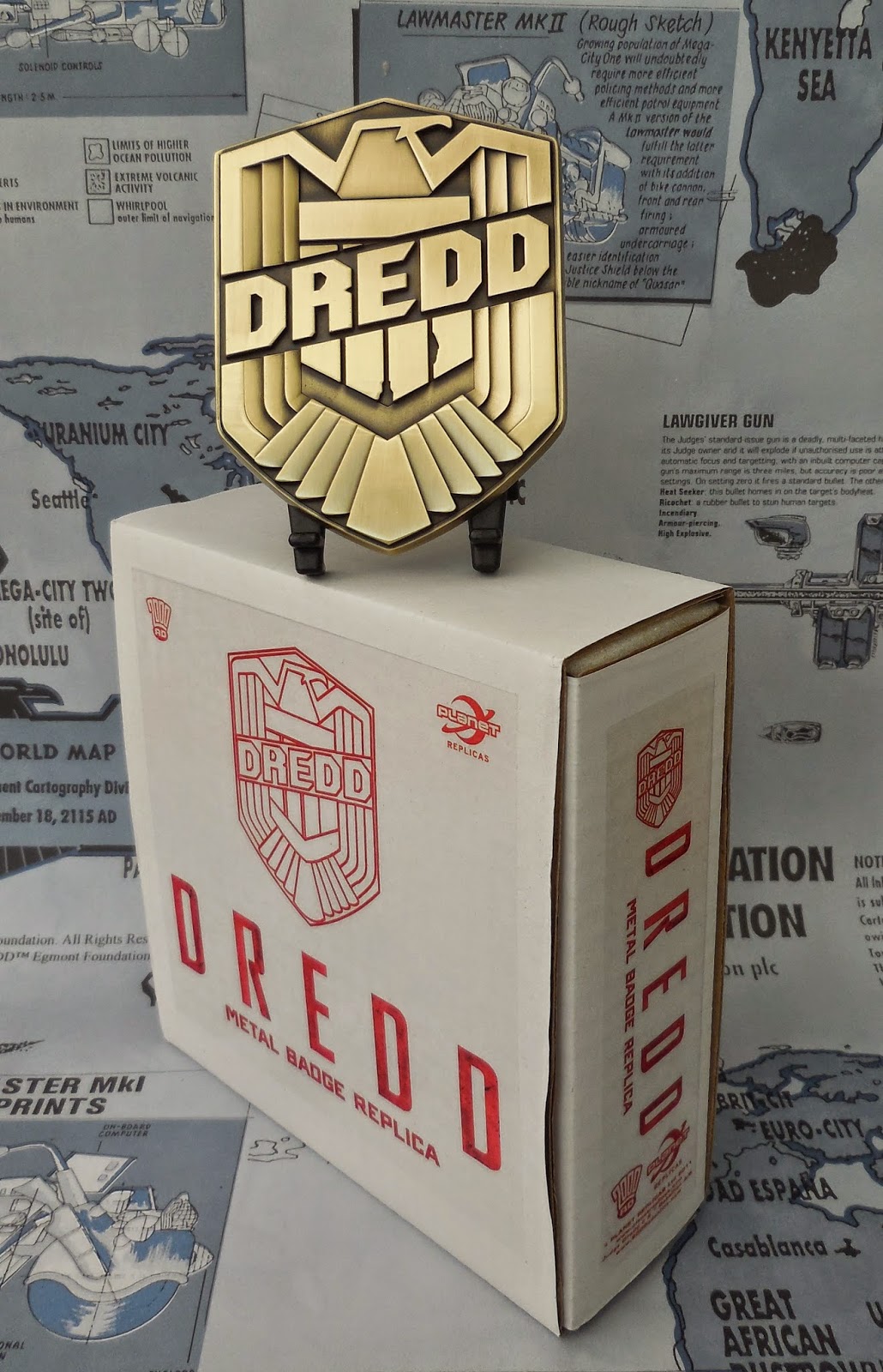 In the palm of my hand 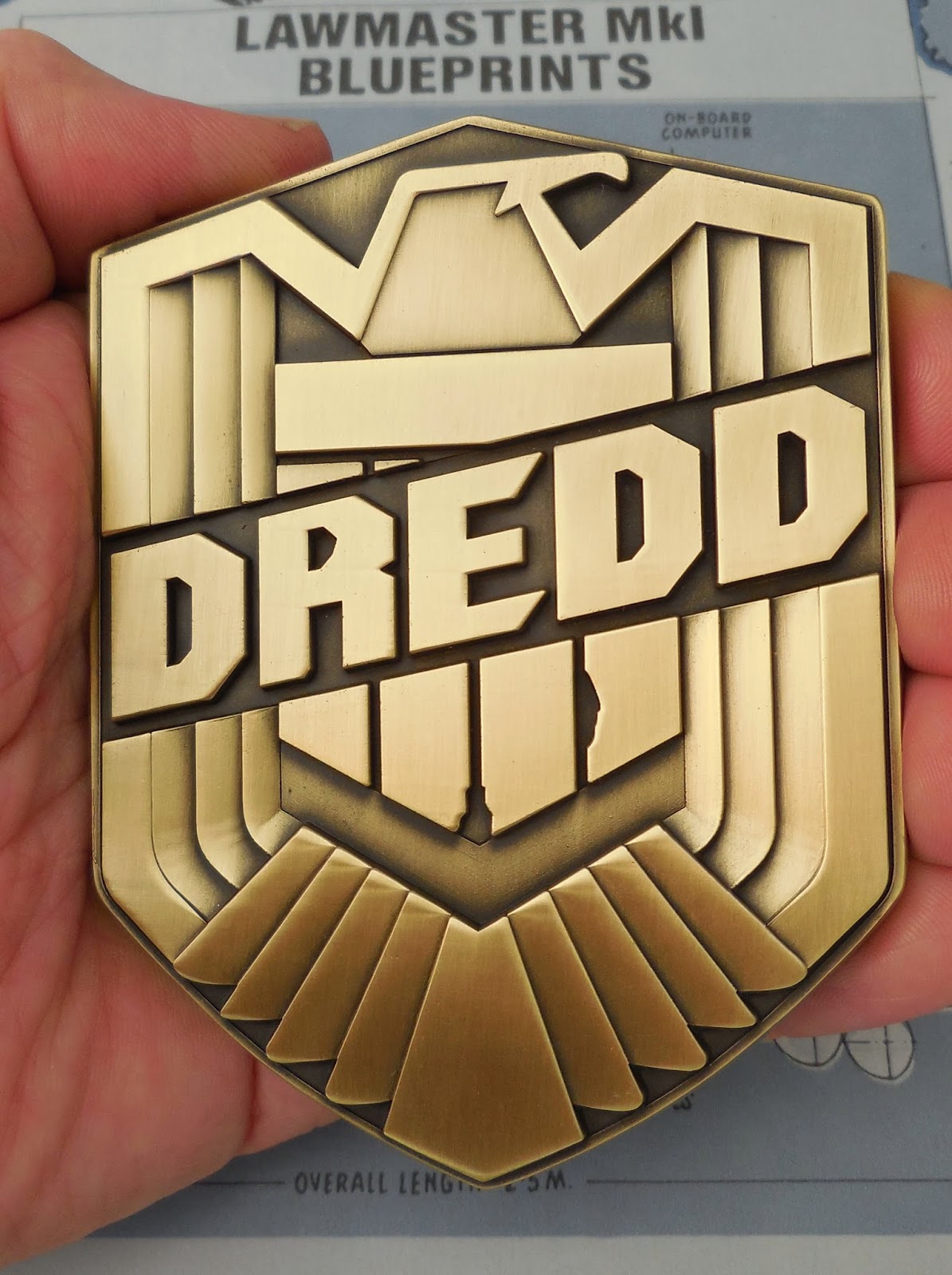 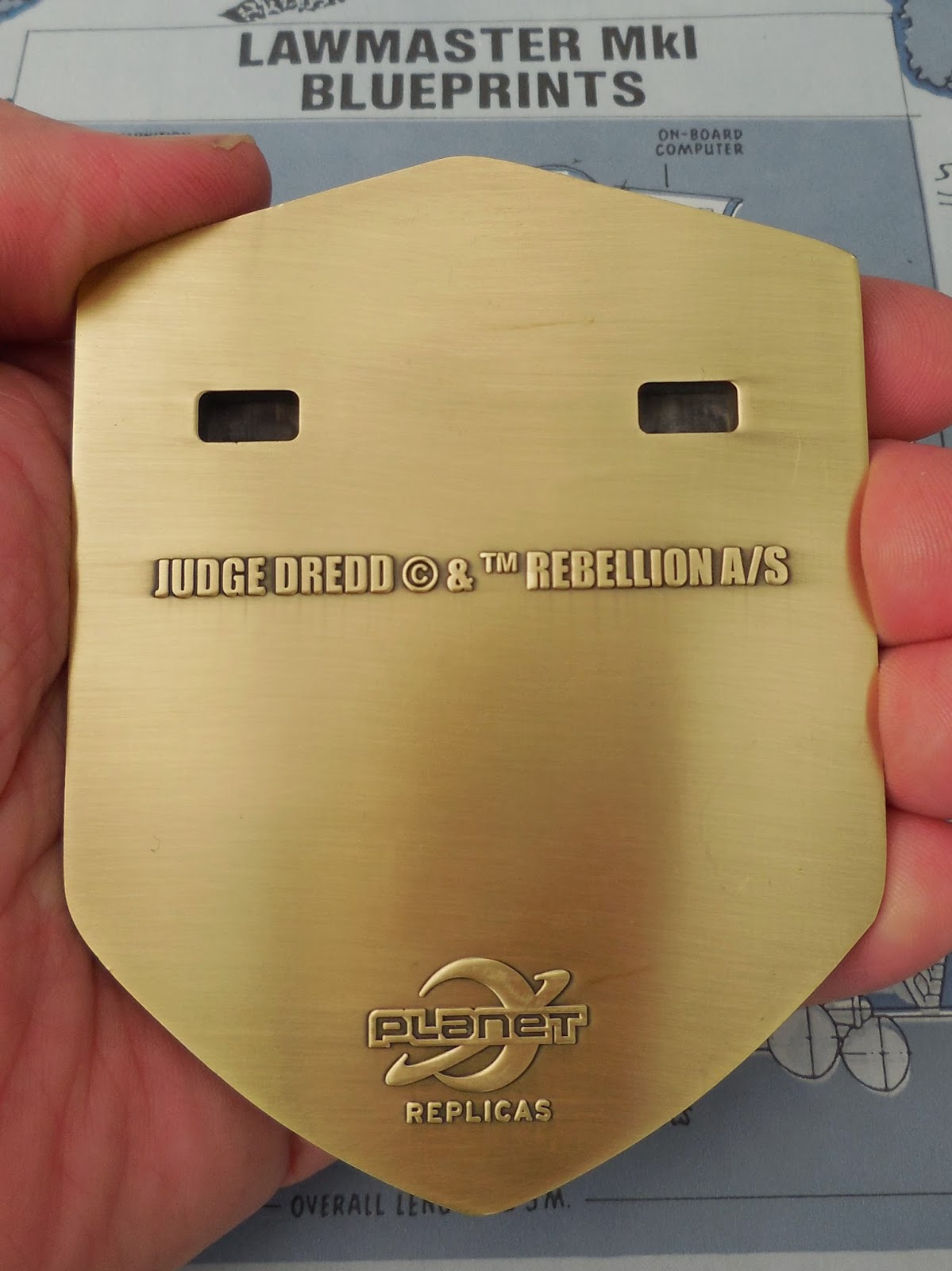 Here is the Comic style Dredd badge with the movie Dredd and comic Death badges, just so that you can compare them next to each other!

Don't forget, for all your 'official' Dredd merchandise, just pop along to Planet Replicas website, which is HERE and have a look at all their items available to purchase. With new ranges being added all the time.