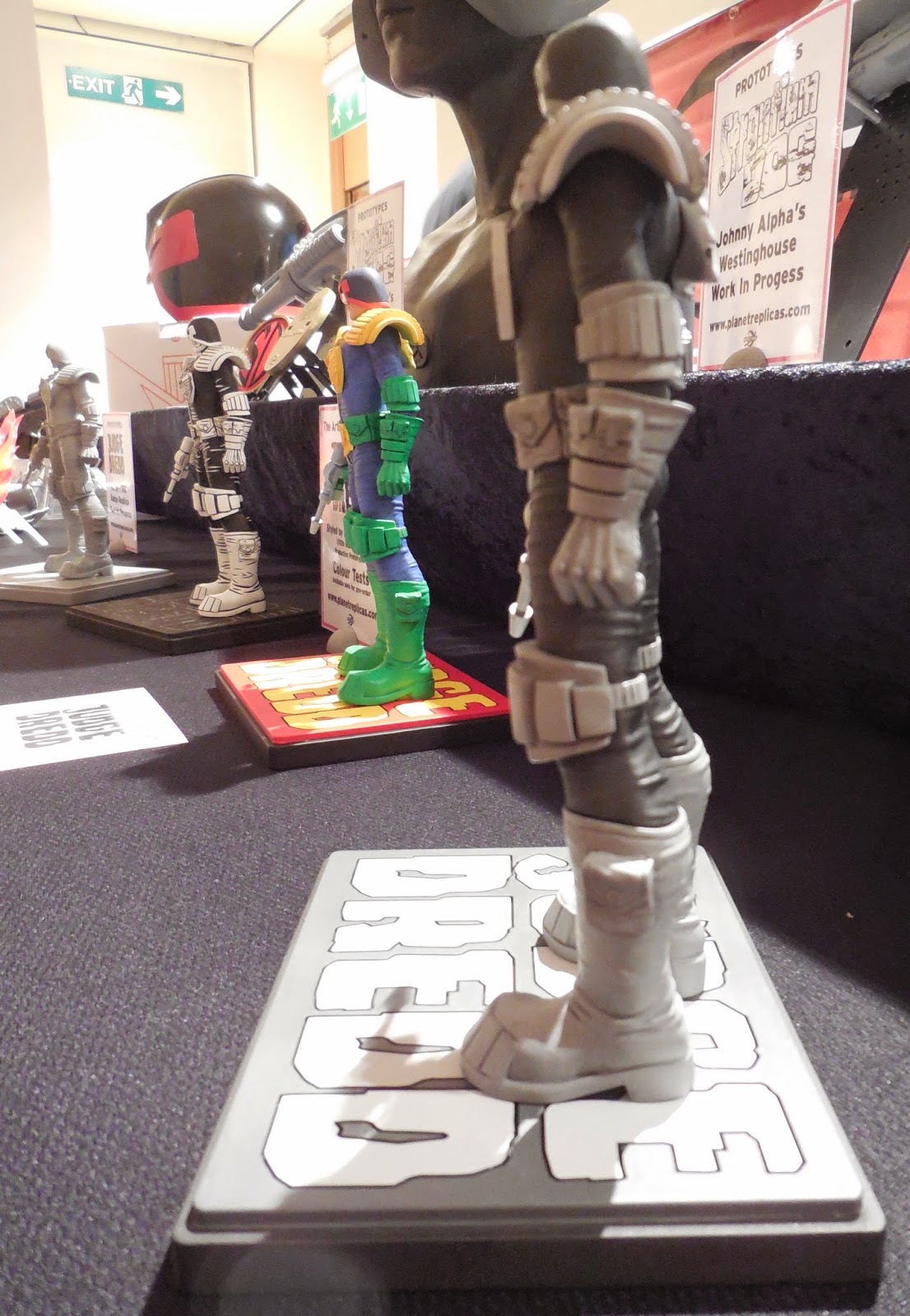 At Thought Bubble 2014 (Comic convention in Leeds - England) Planet Replicas had their four Dredd statues on display from their upcoming Artists Collection. These were all the same statue by legendary Dredd artist Mick McMahon but they were done in 4 different finishes. The first was unpainted and the other three in distinct styles.

This is to see which the fans would like and over the weekend they listened to those eager fans as they told them which finish they would want on the finished statue. Obviously the Cellar would like to see all four but who knows at this current time which statue is the most liked!

Anyway, this post is gonna be picture heavy and please forgive my photos, I'm not a professional (as you'll soon see) but I think the variety of pictures that follow will give you an excellent idea of what the finishes look like.

The unpainted one is number one on the left, enjoy and don't forget, click on the pictures to enlarge them! Be warned my smiling face is shown in a few as I hold the statues up to show their scale. 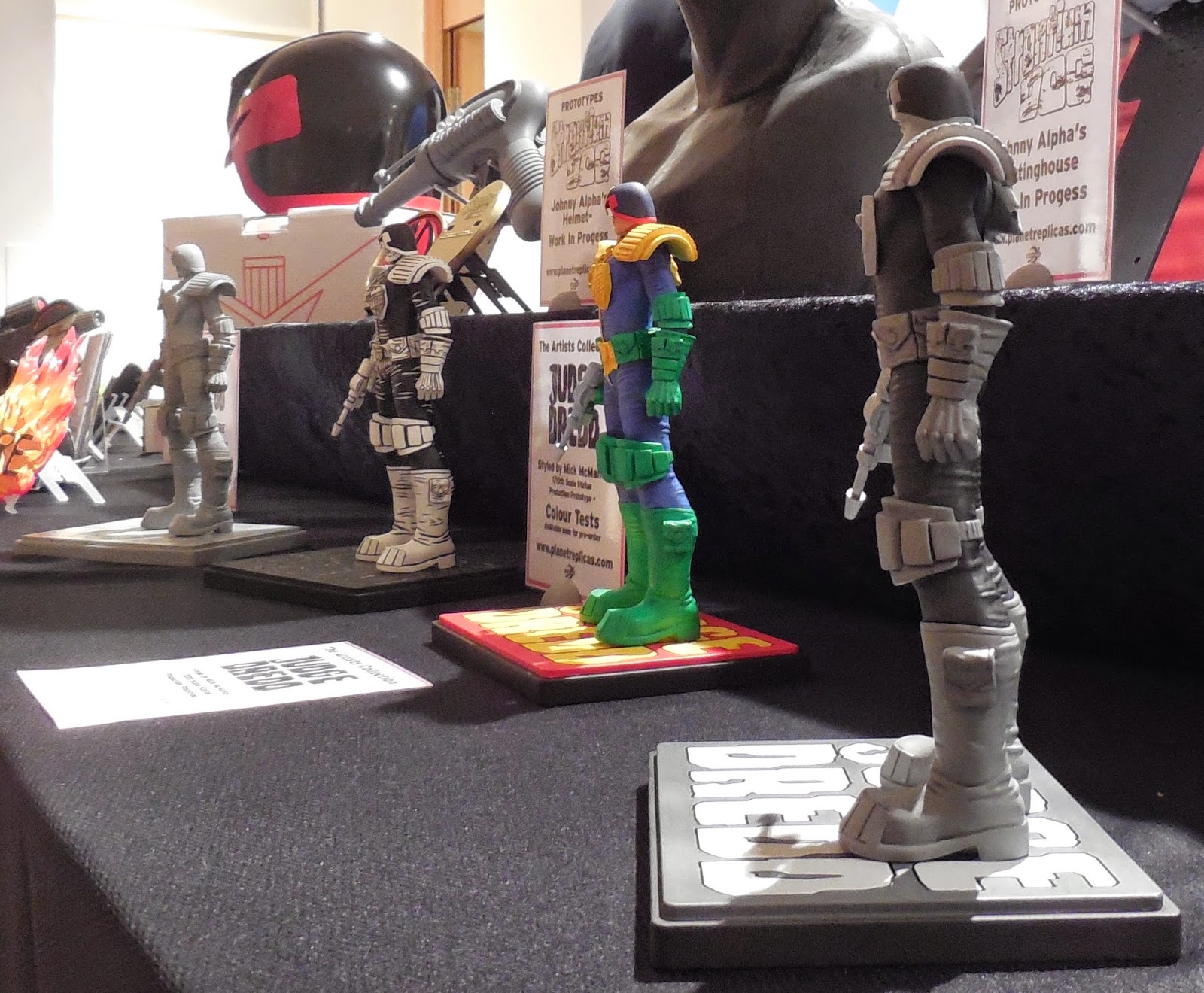 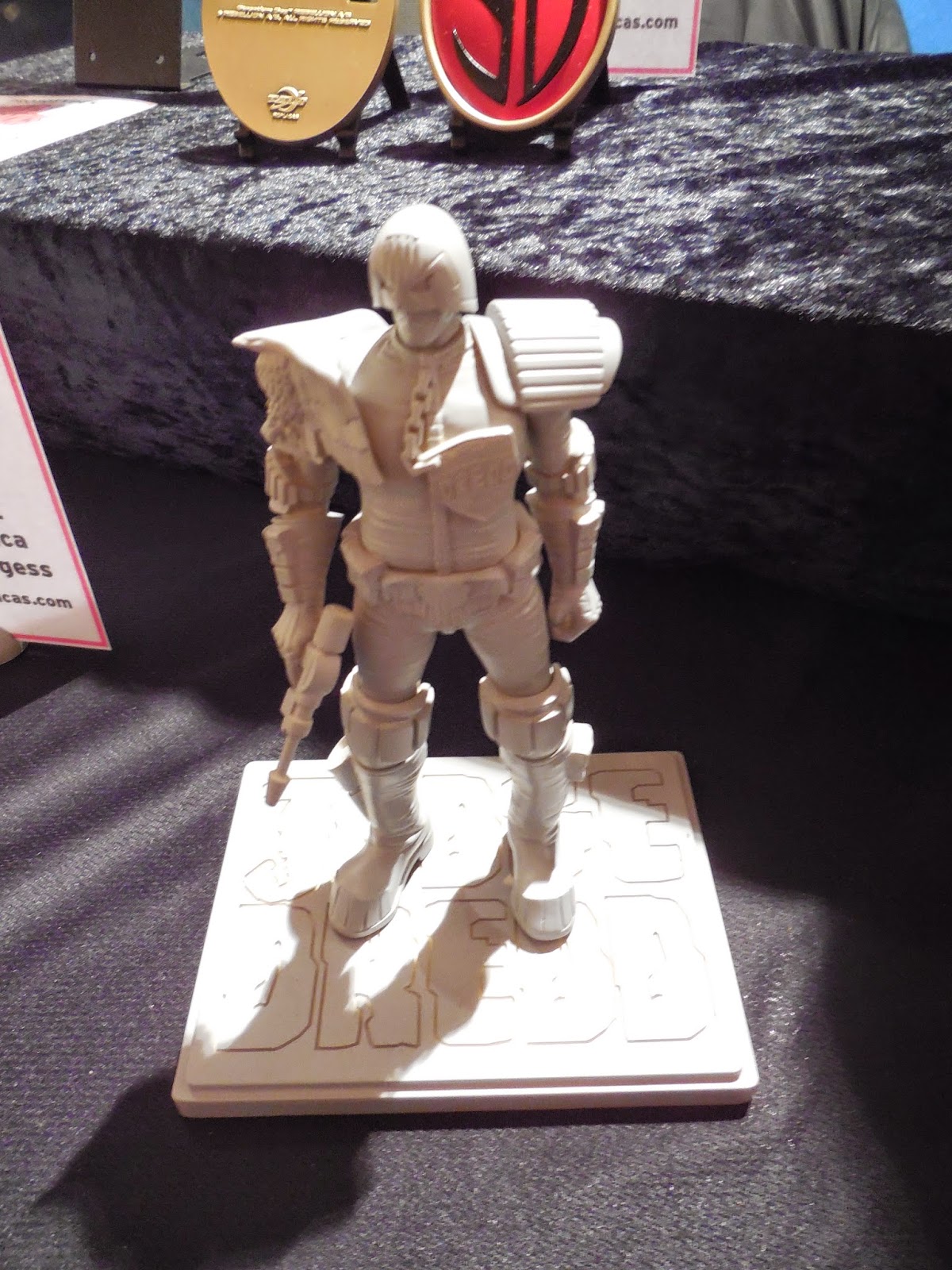 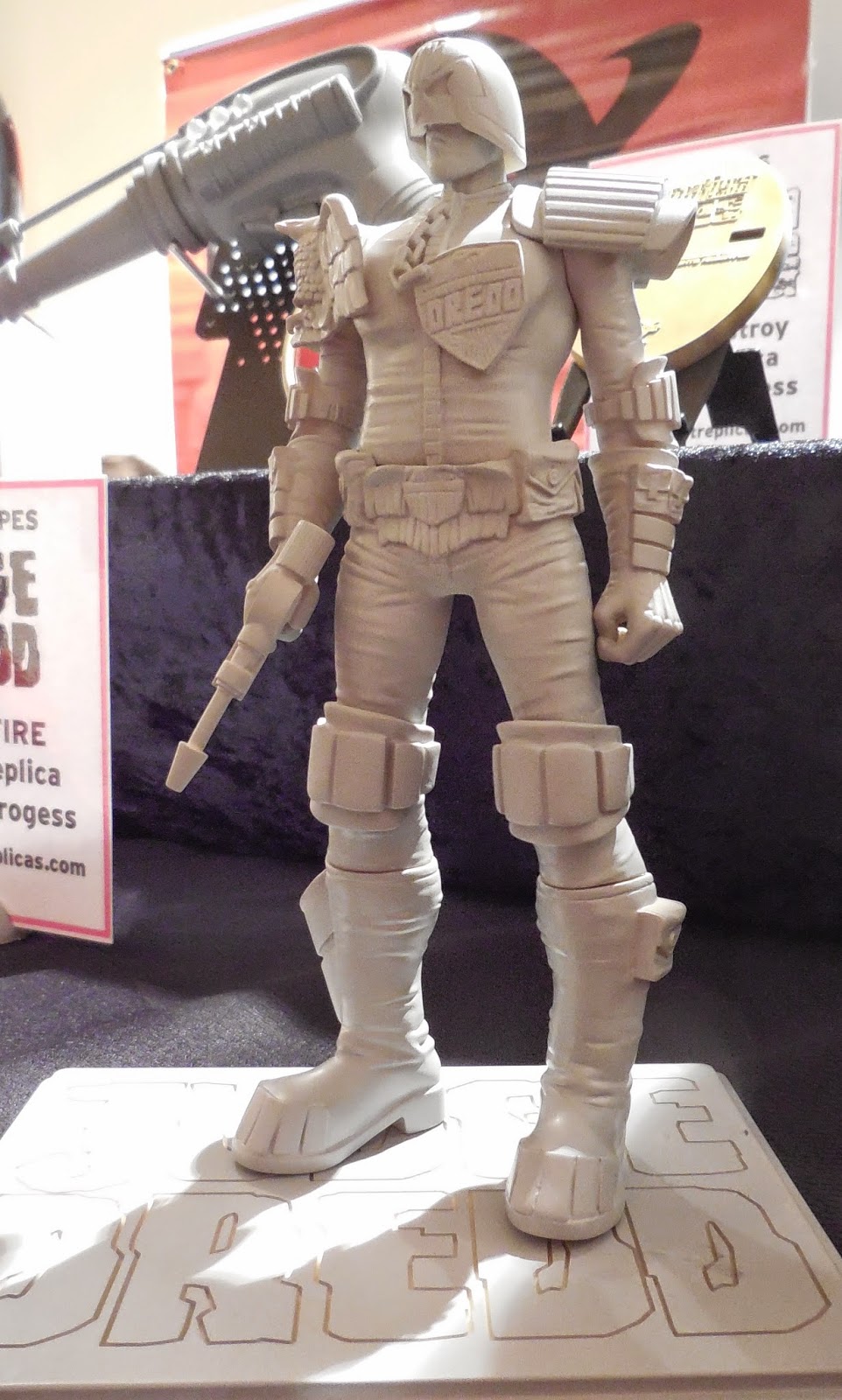 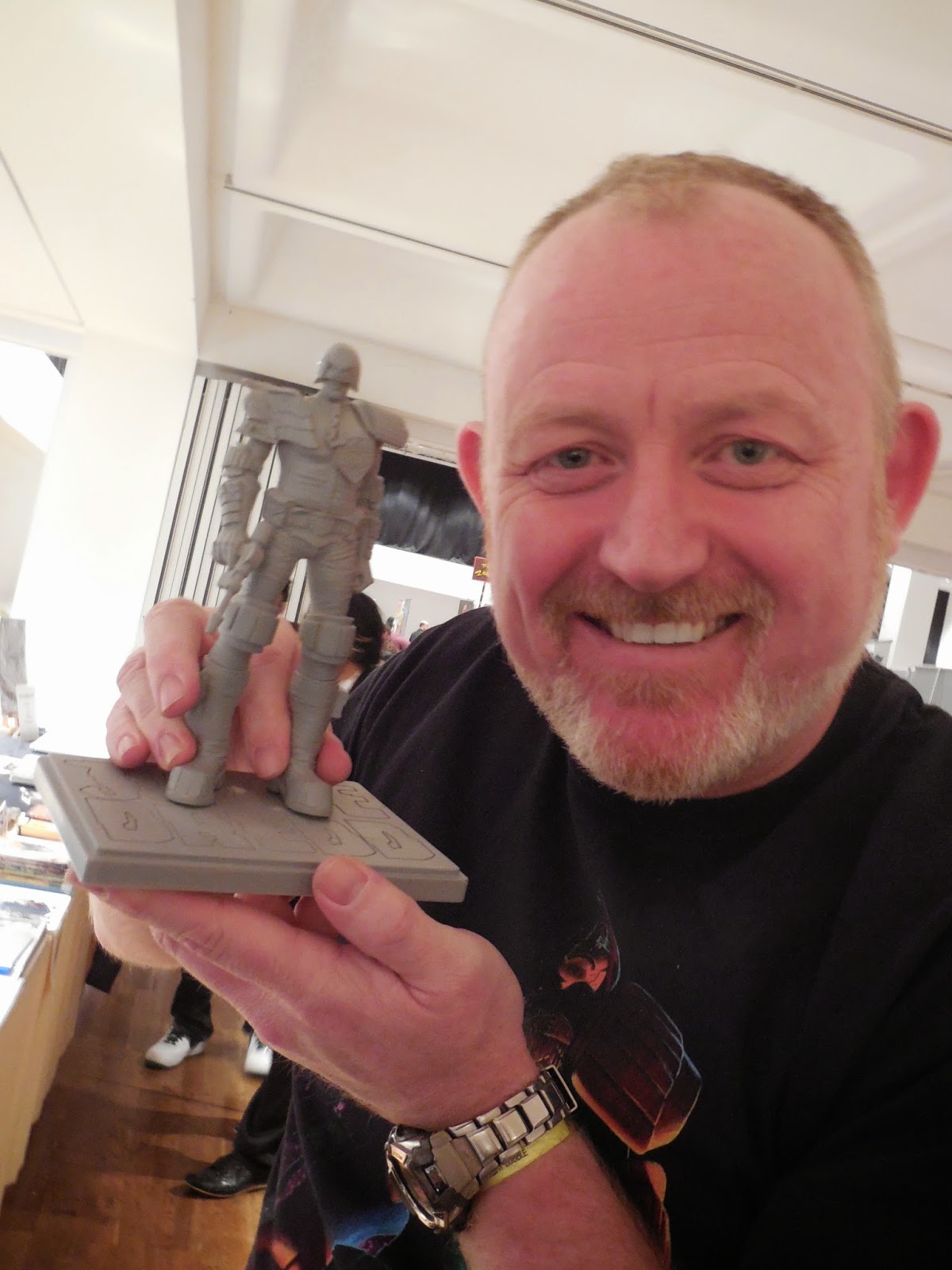 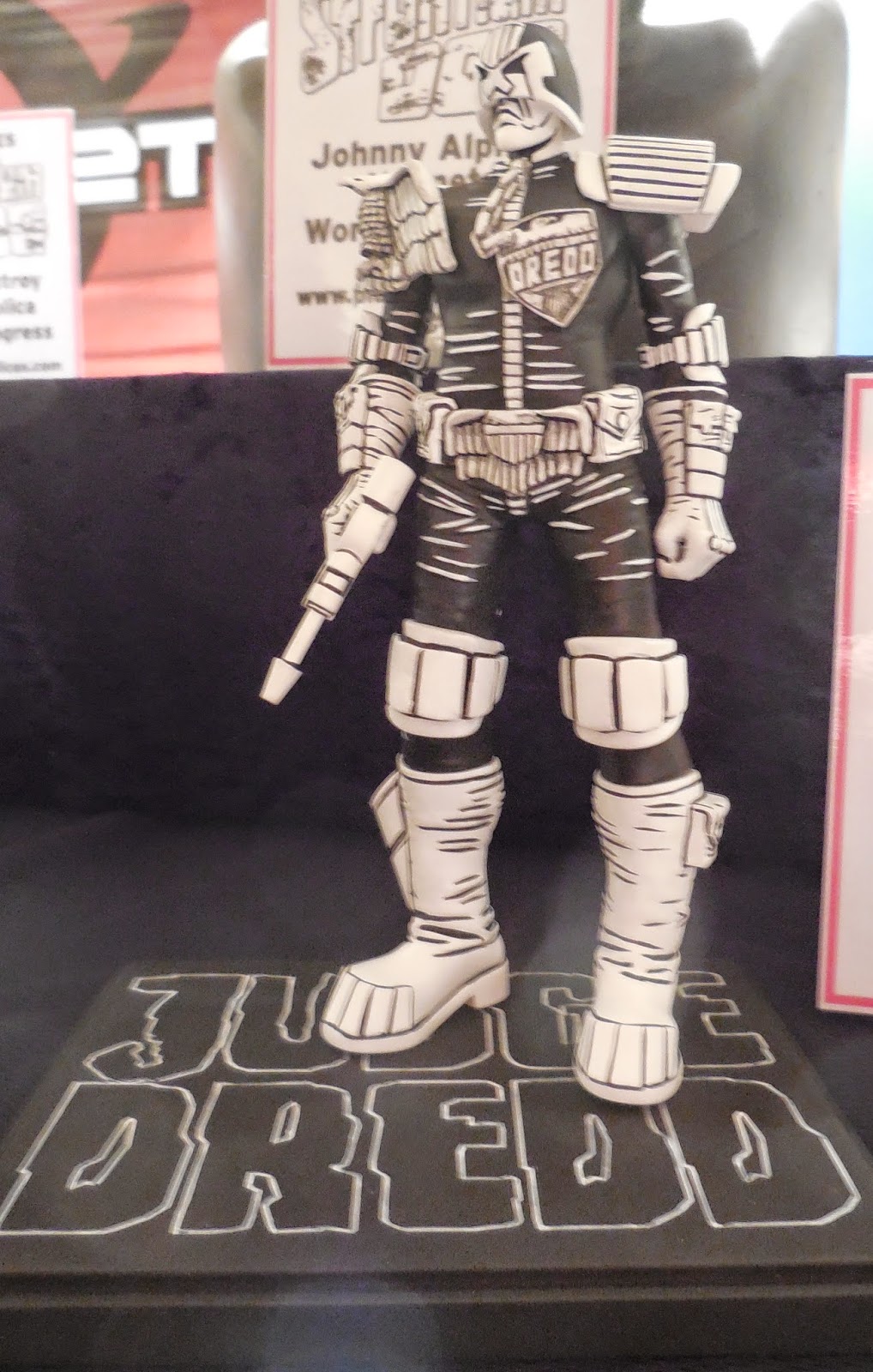 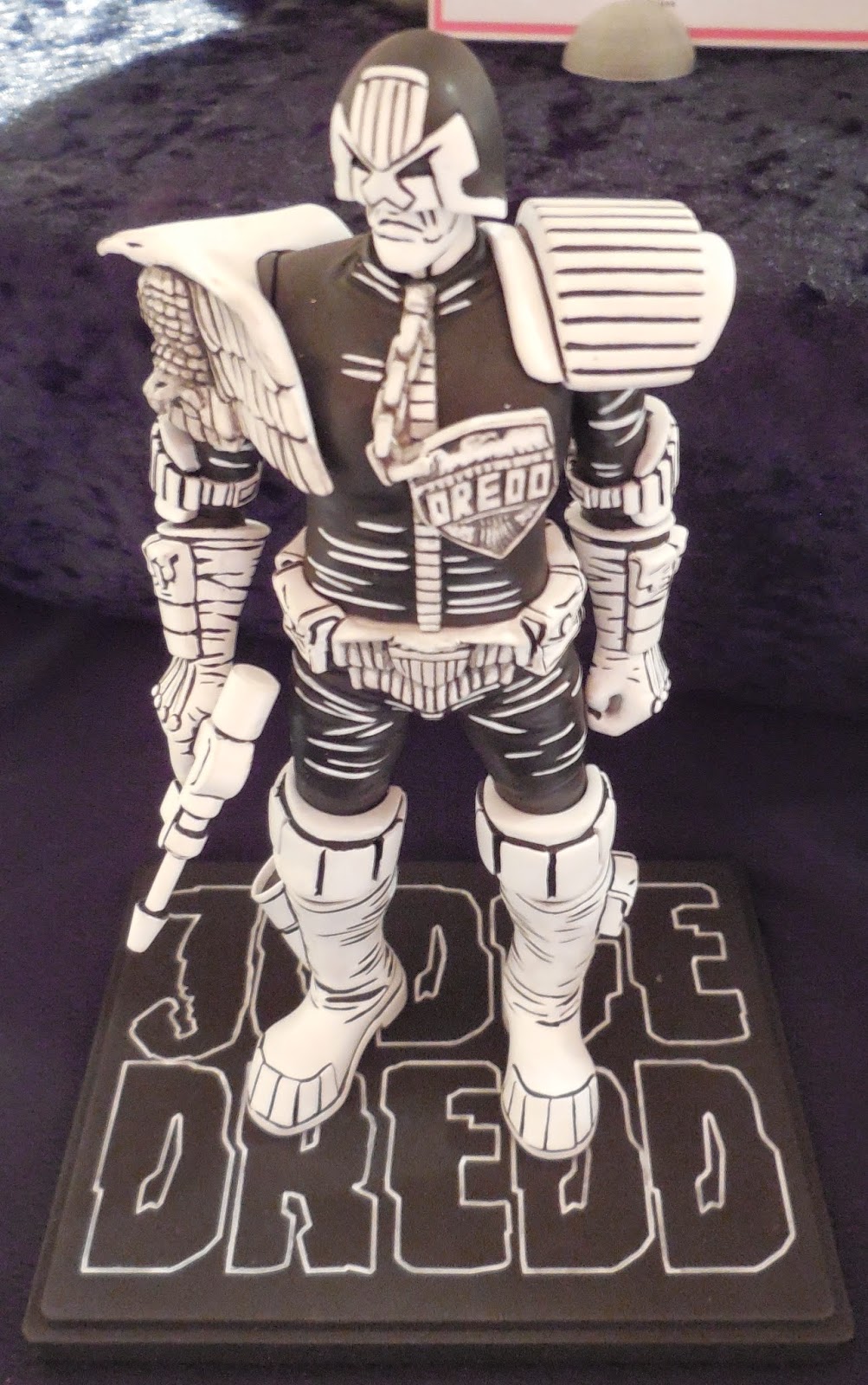 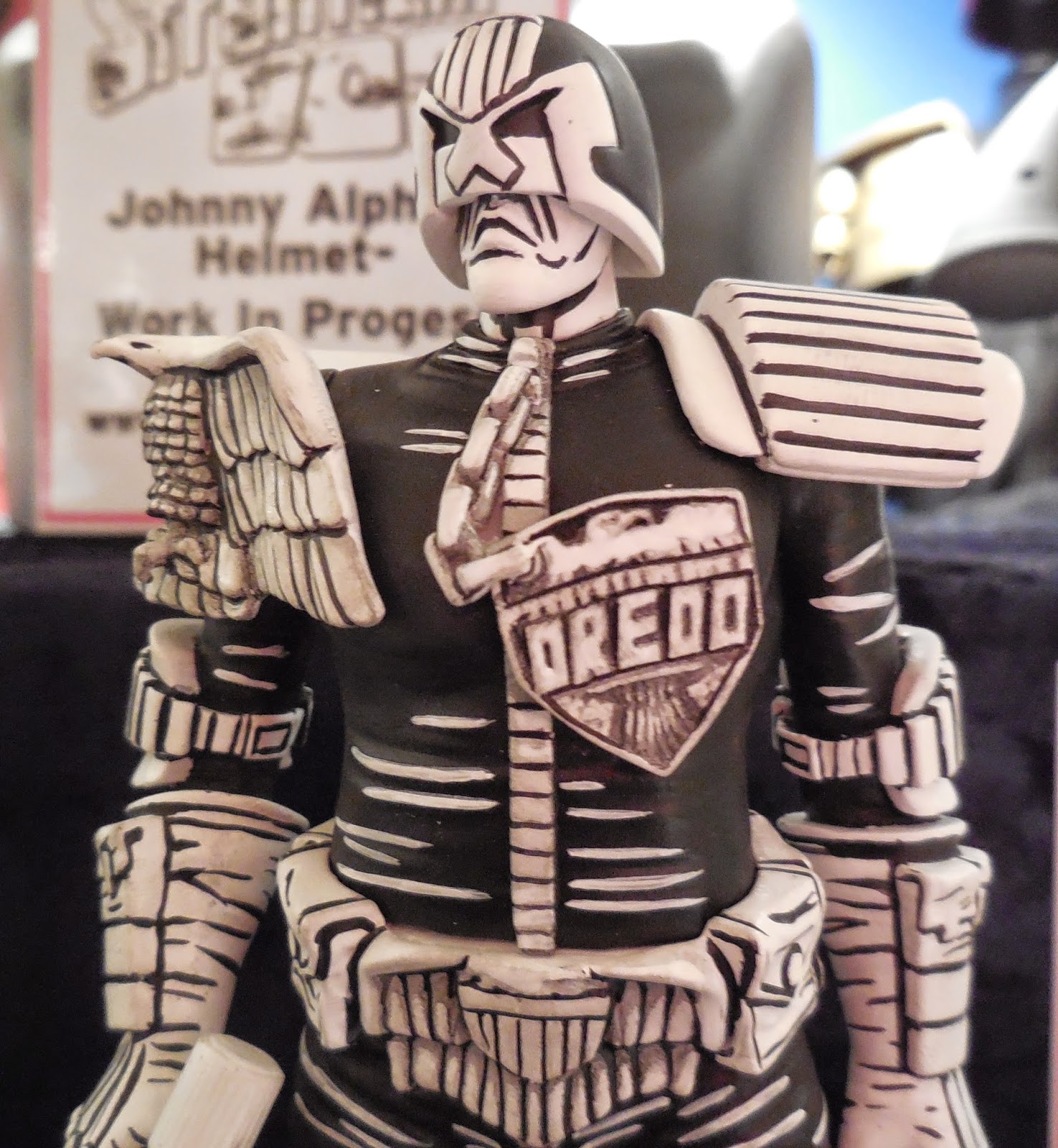 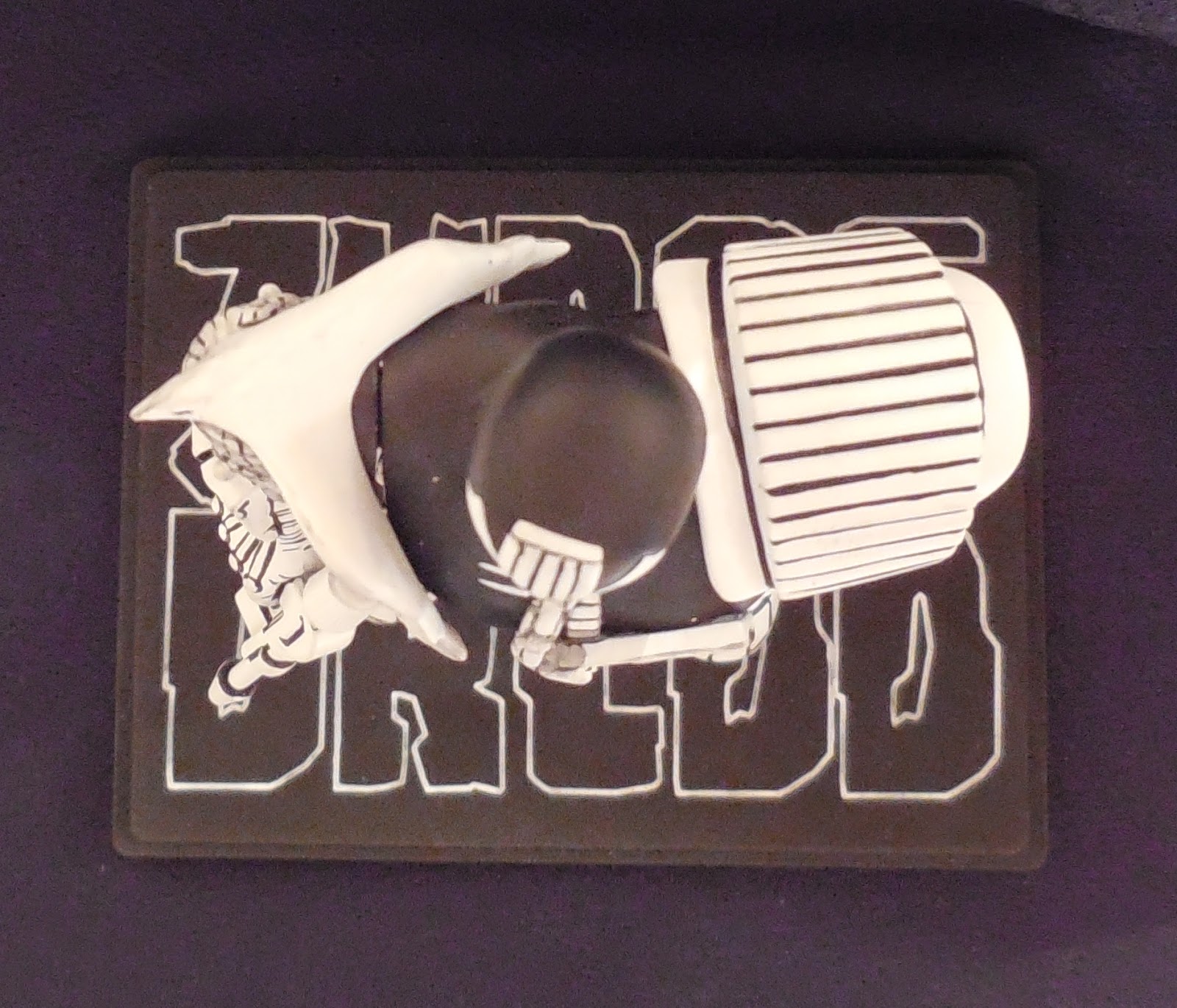 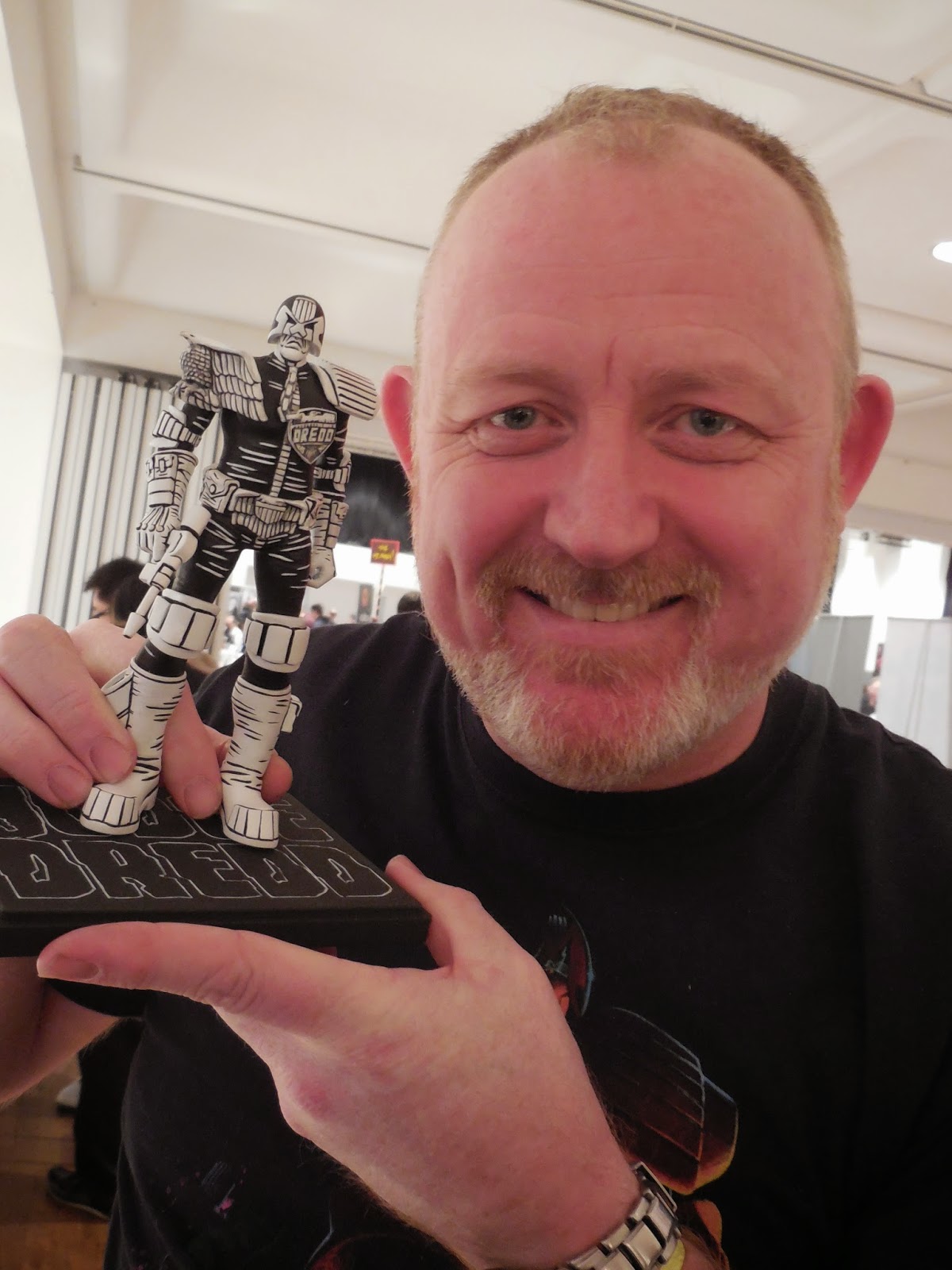 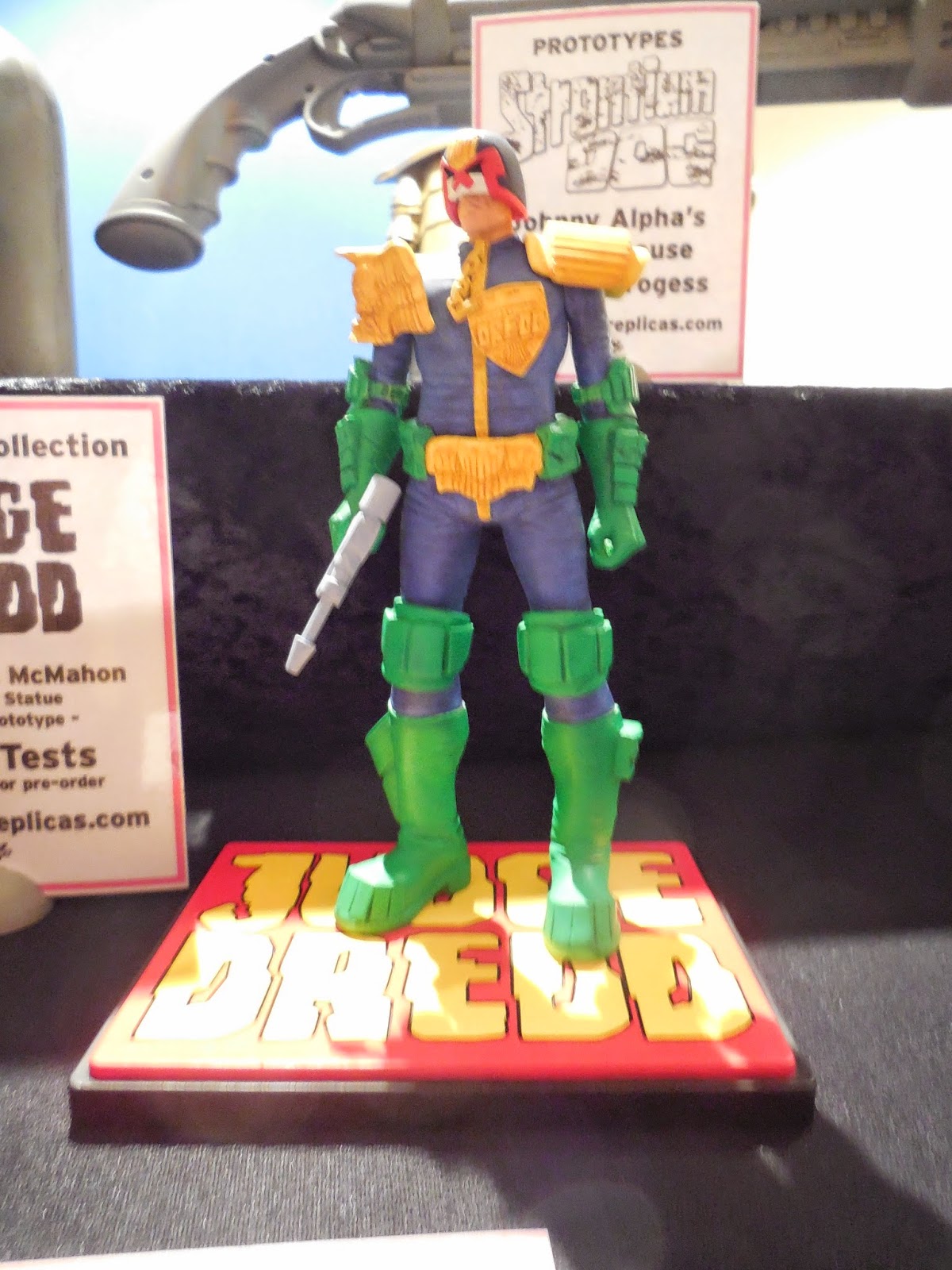 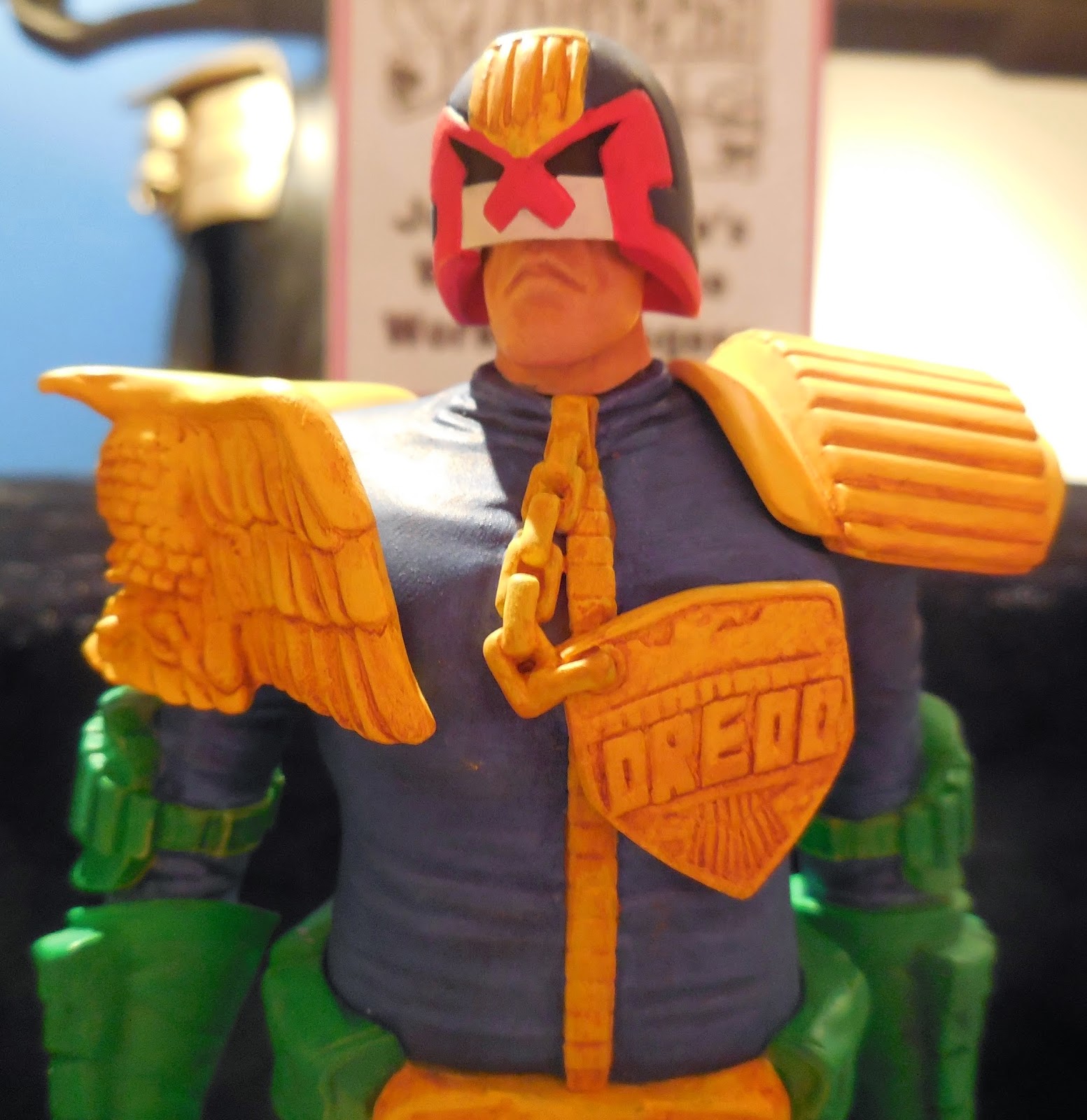 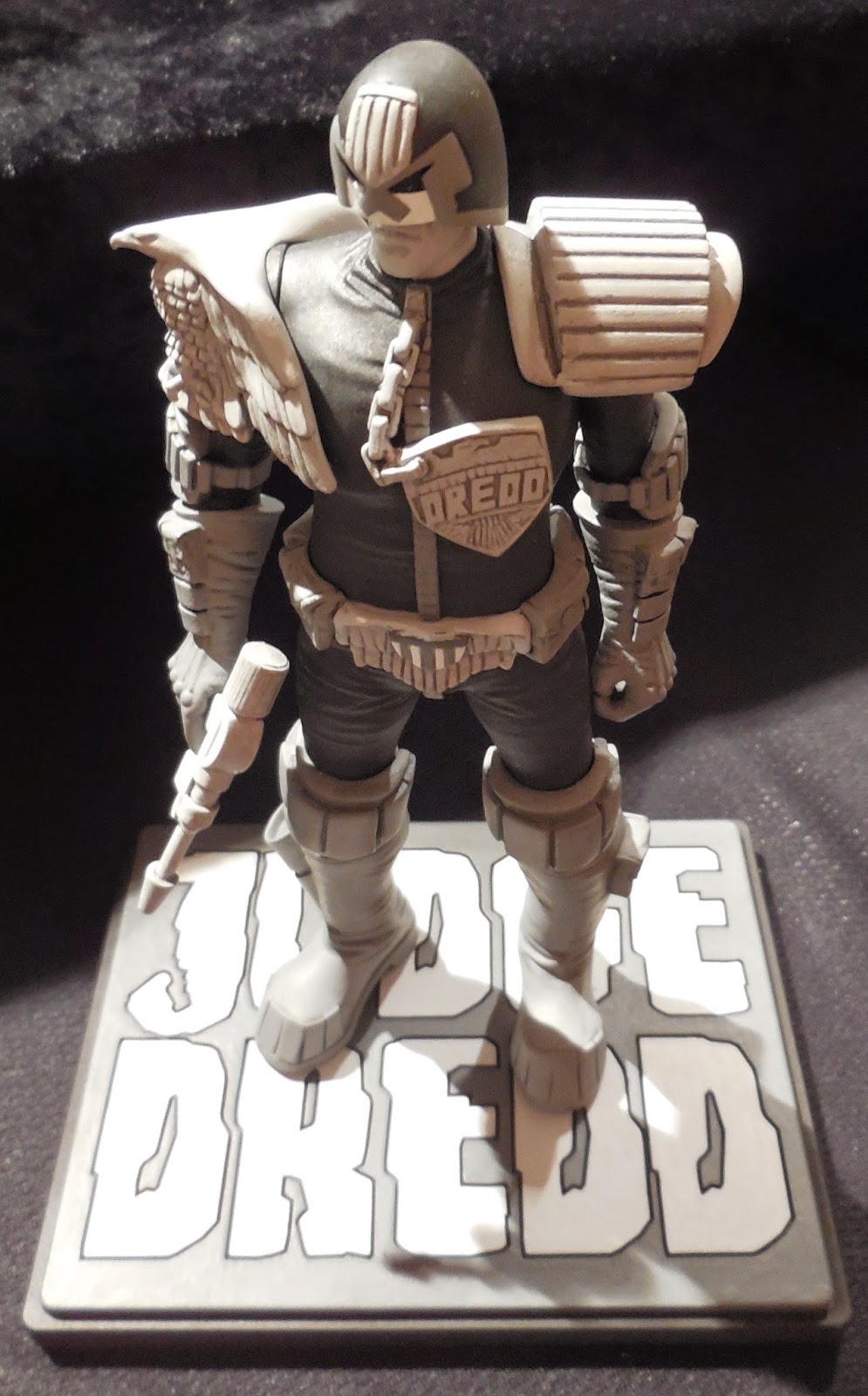 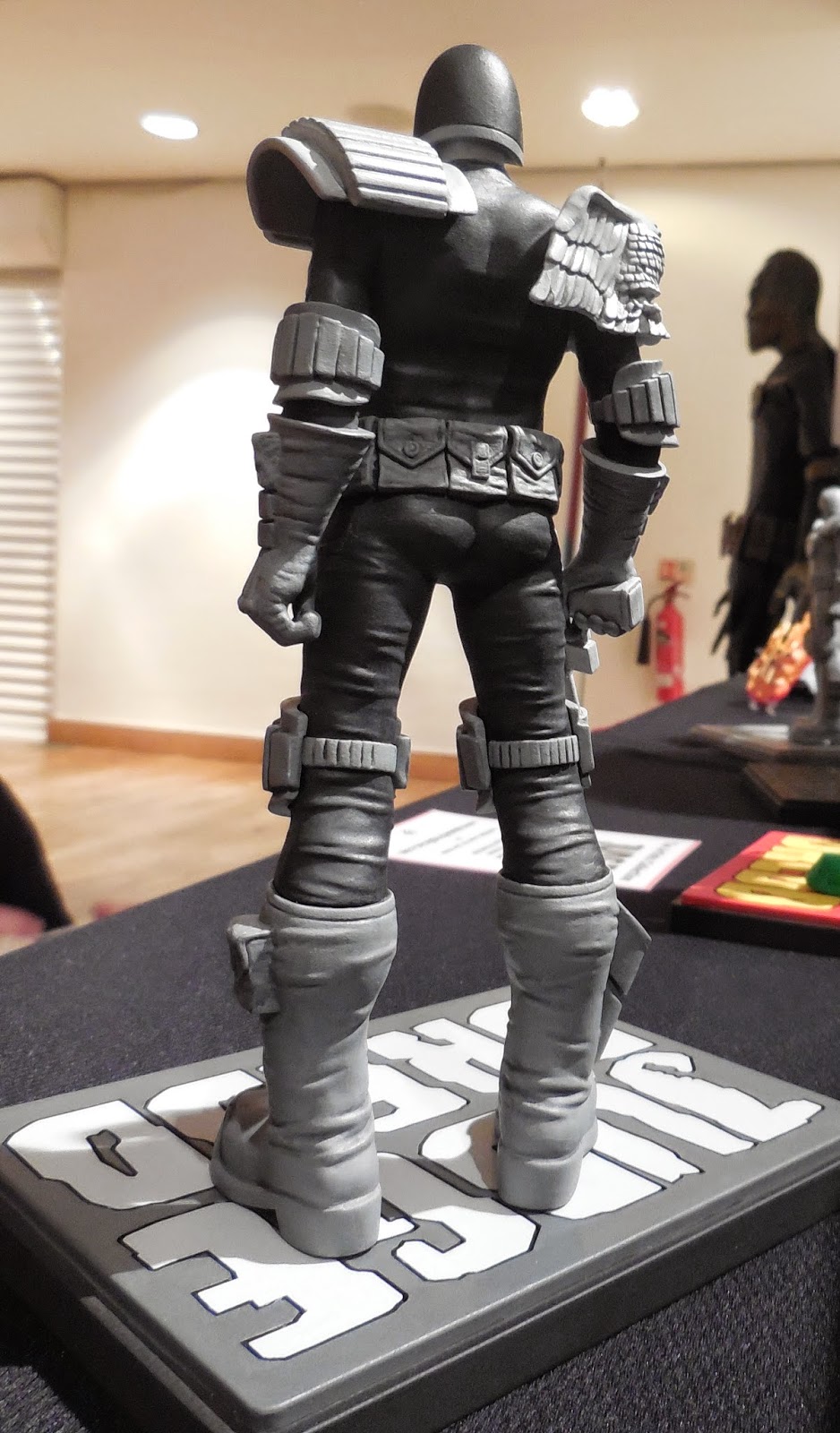 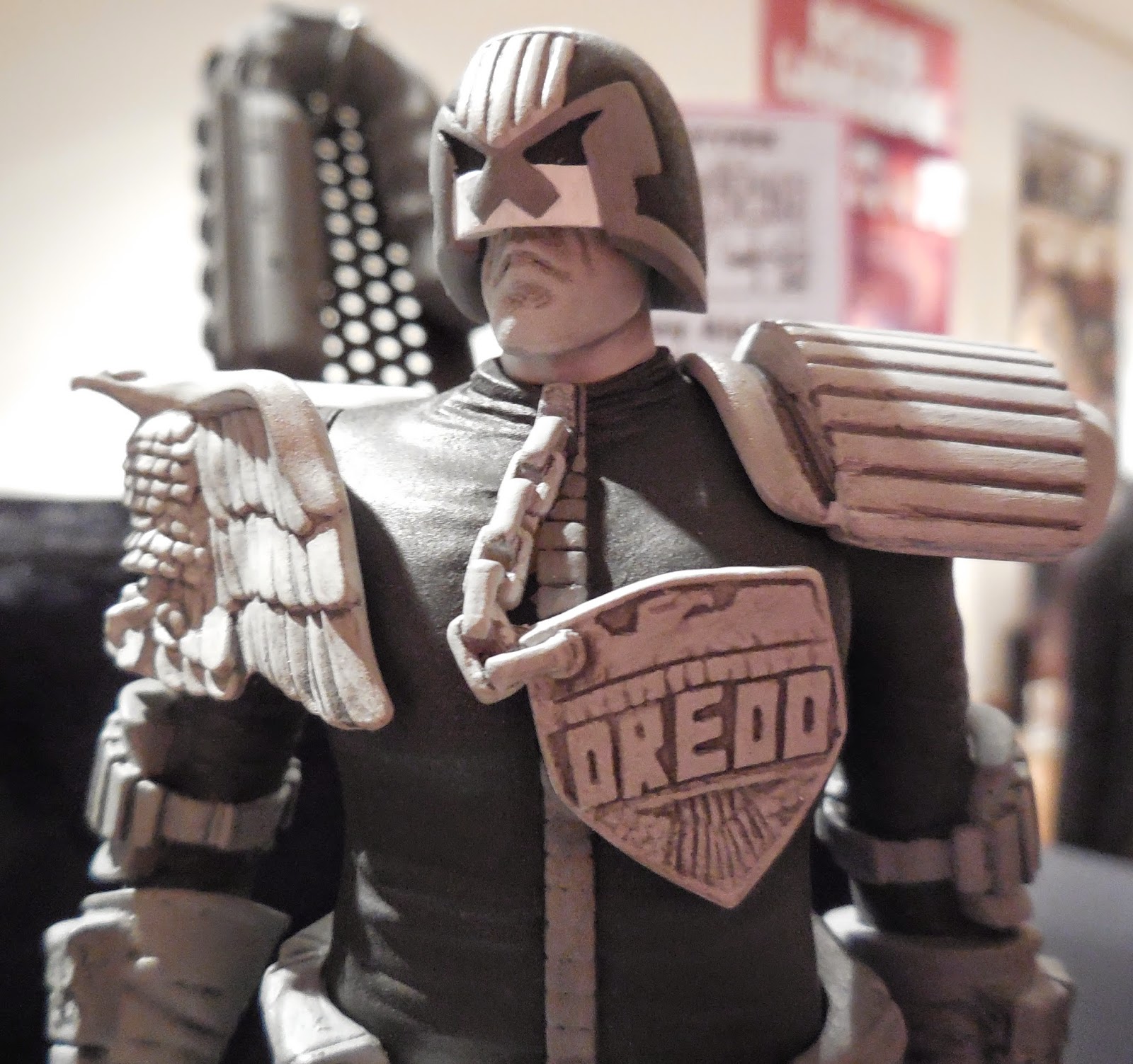 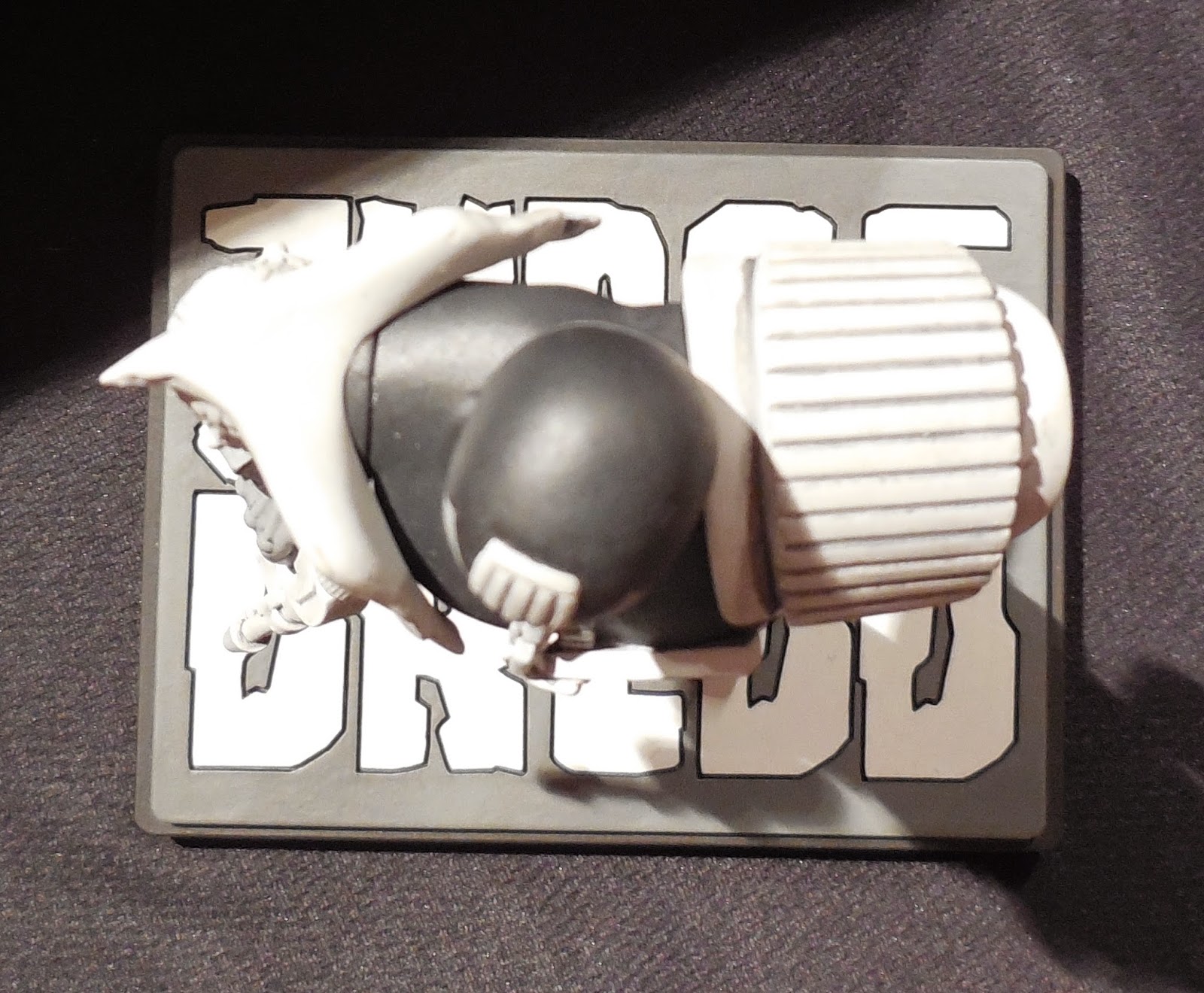 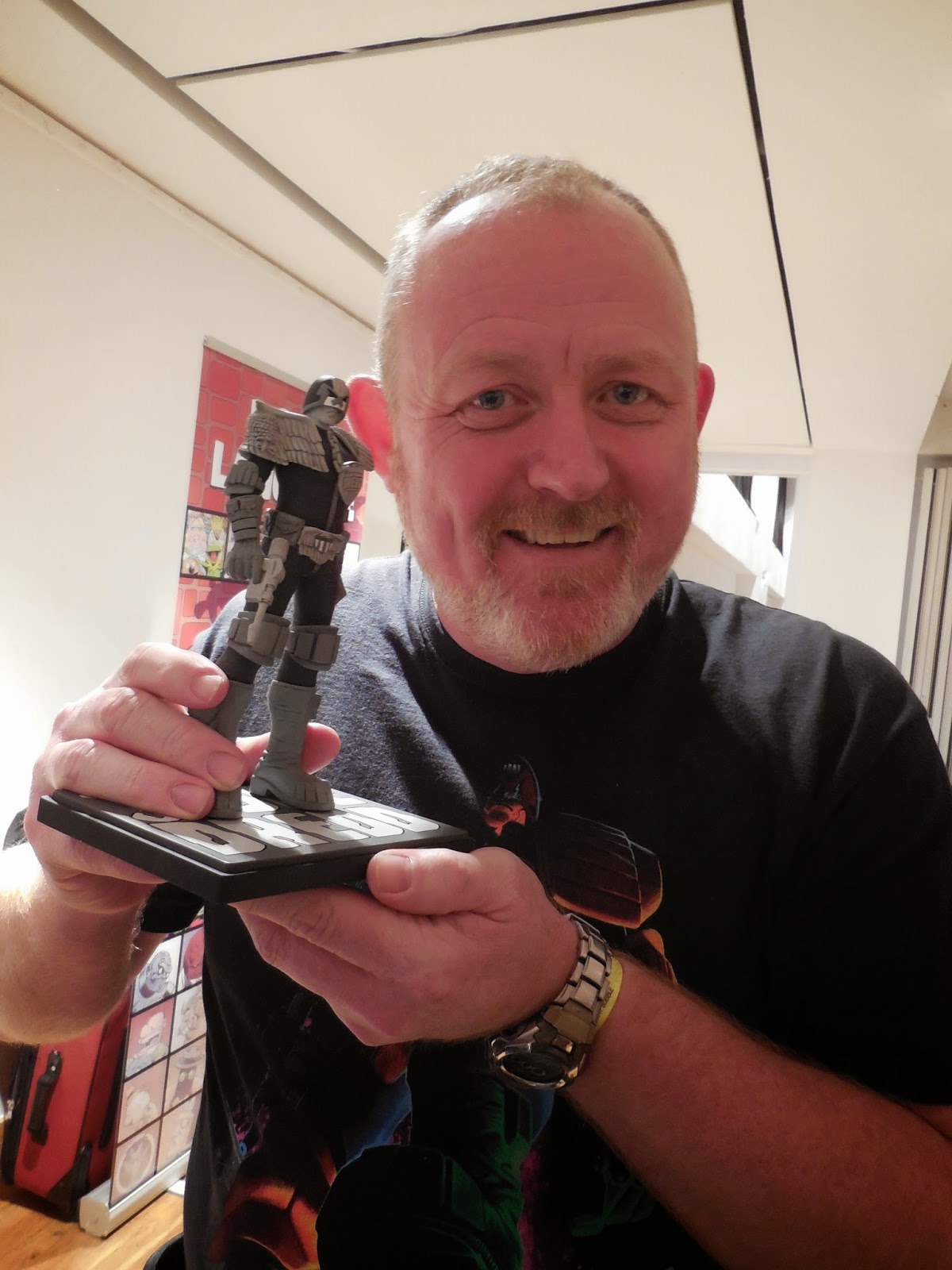 I must add a mega thanks to Dan of Planet Replicas for allowing me to torture him at his stand as I kept gouing back for more pictures. Rest assured everyone, all four statues were on the table when I left the building!