Tharg figure by 3A 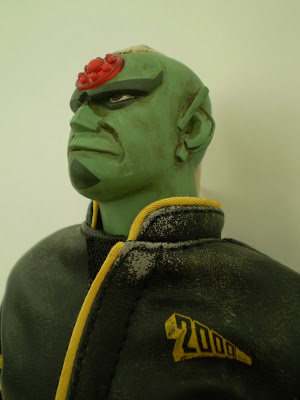 This is the first figure from the new range by Ashley Wood,  who actually used to draw for 2000AD,  many moons ago.
It came out as a limited edition (more on that later) and was sold out within 48 minutes of it going on sale. This 'Limited Edition' has Tharg emblazoned with the 2000AD logo from when it first came out in 1977. It's on his left breast and also on the belt buckle. The next version will have the more up to date logo! EDIT: This never came to fruition!

Okay where to start, I suppose the packaging that the action figure arrived in is the logical place. The protective cardboard box has the McMahon artwork on the back, with a c/no on both sides, mine says 192. It's extremely sturdy, so I doubt anyone will have had a crushed box arrive.

Next up, the display box itself. This looks superb and has definitely had a lot of work put into the design of it. Tharg's head by McMahon is on the front, covering at least 2/3rds of the lid. The rest of the lid has the 2000AD logo. Tharg's name and threeA's branding at the top. The sides have similar logo's strewn across them. The base of the box has Tharg's head covering the whole thing plus a bio of him and some translations of his language.


Okay now we get to the figure itself. Well it's Tharg that's for definite but on the whole I am underwhelmed with the build quality of the body itself. The head is a good sculpt of the modern day editor but the Rosette of Sirius seems to stick out slightly too far for my liking. Also the actual figure has no hands or feet attached, Action Man manages this easily enough. The boots and gloves come off with the aid of ball & socket joints! The gloves have no hands inside and the fingers are all joined together. As for the feet, there ain't any inside the boots, so the stability of the figure is ruined. By the way you also get a spare right hand, which is shaped to hold the plastic cups, super! 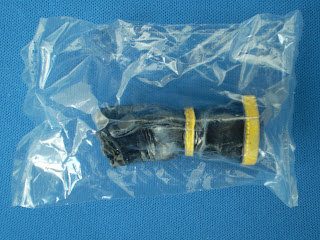 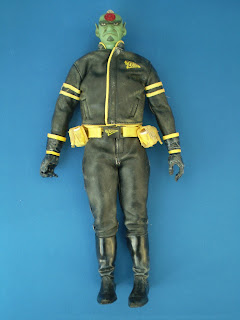 Now we come to the belt, with it's six cup holders, very reminiscent of 58 pattern webbing pouches and all in yellow. The pouches do actually contain a cup in each of them as an added bonus but why, I don't recall seeing the green one store cups on his belt! 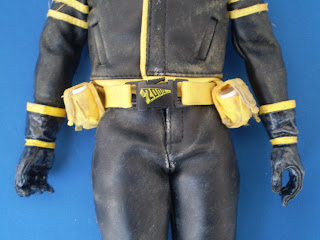 Now I'm glad I bought this figure but I won't be buying the new logo Tharg when that goes on sale, for the same price. I feel the whole fiasco with not knowing what the amount is for this limited edition is a bit of a con. How do I know it's 'Limited' seeing as there is no known number for the buyer to say that he has number 87/100 or such. For all I know there could be hundreds of these figures and I'll never know. Many have already appeared on ebay and some of these before the figure was even released. I just don't know what to think as I've never heard of this happening in any other market. This was discussed very vocally on the 2000AD Forum but it still ended with a strange answer. 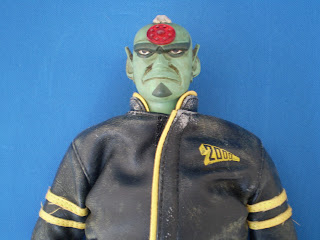 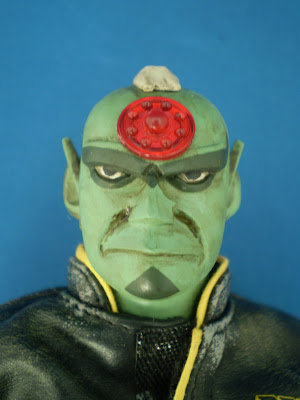 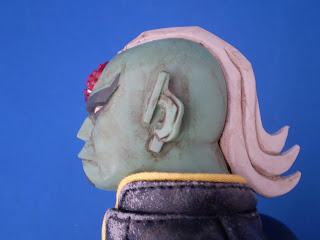 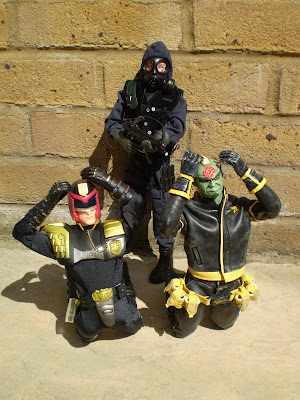 EDIT:
This was written a few years back and we have seen things change with the 2000 AD line, in both what is coming, or not coming and how these figures are being released. I've been very happy with the figures since this first one came out and look forward to seeing what figures they add to the line.