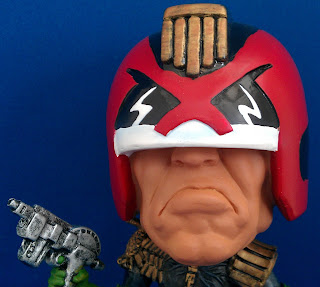 What is a Bobblehead?
It's a figurine with an oversized head attached to the body by a spring and when you touch the head, it bobbles about!

There are five 2000AD characters in this set from Cards Inc and first up is Judge Dredd.
Over the next few days the short posts will follow the other four, Death, Mean, Alpha & Rogue! Each of these characters is secured in a blister packet tightly placed inside an excellently designed box. 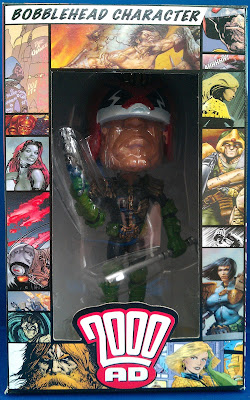 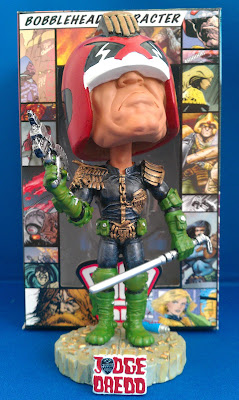 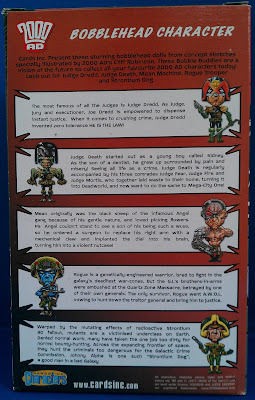 All the boxes are the same, without the characters name on individually but the blister packet is moulded to each character, so it has a decent amount of protection during transit. The box stands 8" tall and each figure comes in at around 7 & 1/2", so there's no waste of space, as you can see!

The back of the box has a small  bio about each character and on the base it gives credit to the creators of all five characters, alongside the artist responsible for the bobblehead designs, Cliff Robinson.

Here are the drawings by Cliff for this Dredd figure.

I really like these, mainly because of all the details that have been added and because it's so quirky. Okay the paint job isn't the best around but I can live with that. I think I first saw these as prototypes at one of the Dreddcons in London and then they came out soon afterwards. 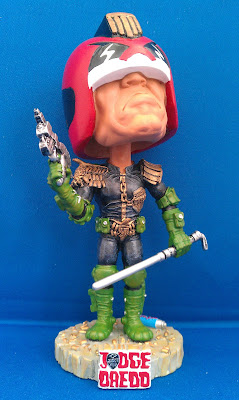 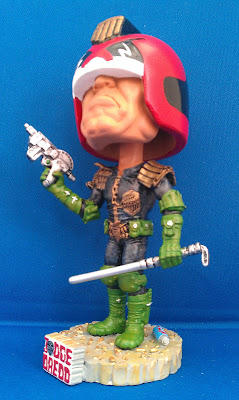 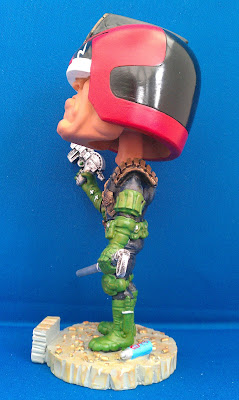 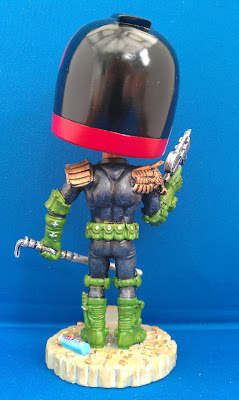 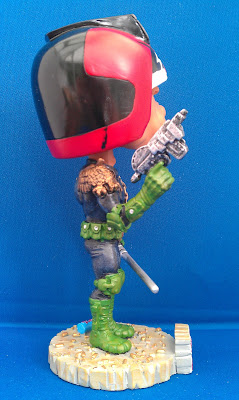 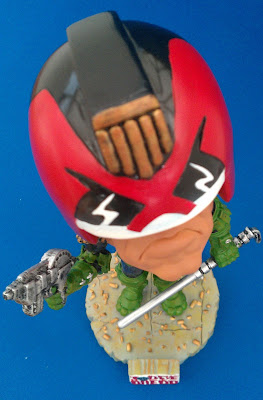 The base of figure has a small can of Boing, which adds a little nod to stories in 2000AD and at the front of the base has Joe's logo from the early years.

On the base of each bobblehead is the following stamp of approval. Again, nothing about each individual character but it supplies all the info you need about who made it and who it's licensed from. 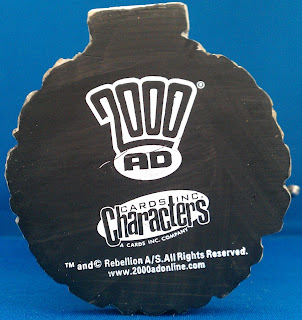