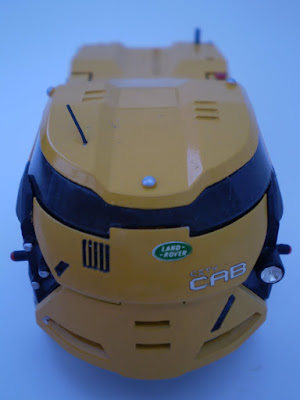 This is one of my all time favourite pieces and it was not a mass production model but one of a few individually and lovingly crafted by Brian Salter (who has retired now and I think made the last one for a 2000AD forum member, after I passed his phone number on).

There are three versions somewhere out there. Firstly the yellow one, which was the primary one from the film, used by Fergie (you know, the massive bloke who was King of the Big Smelly) when he lands at his new abode. You also have a silver one and a red one available. I had the yellow one bought for me as a present, on one of my present receiving occasions by Carolyn and it cost £80. I could never really justify buying the other two at the time, mainly because all that is different is the colour and the decals, as you can see from some pictures I have of them. 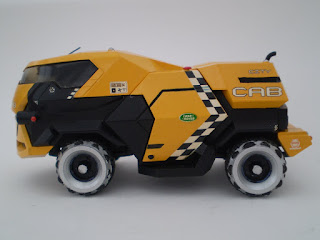 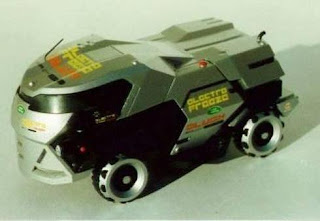 They are quite sturdy as well, with quite a bit of weight not like some equivalent Dinky sized stuff. This actually feels like a solid piece and could do some serious damage to someone if you threw it at them (I must add that I am not condoning such behaviour).

Since starting this blog I have managed to buy another one off of ebay, suffice to say all comers fell before the might that is my style and yet I bought it for a lot less than Carolyn bought the other one years earlier. It is the only time I have seen one come up on ebay and thought it too good an opportunity to miss!

The actual taxi is delivered in an extremely robust box with the makers name, address & phone number on the front (I've obscured that in the following pic). I've also placed both of the cabs in the picture so you can rest easy, safe in the knowledge that they are in a safe home. 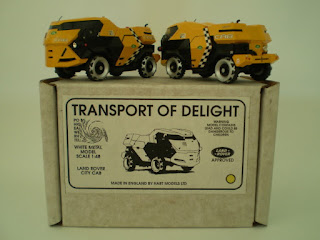