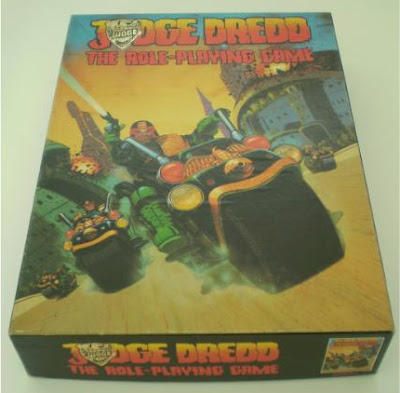 This is the second game in the Dredd series, which came out in 1985, the box contains the following -

I actually bought this when it came out and due to never playing the game because there was no body else to do so with in my unit, it's still in quite good nick. I even glued the playing characters in anticipation to playing the bloody thing! Such was the life of a squaddie..... 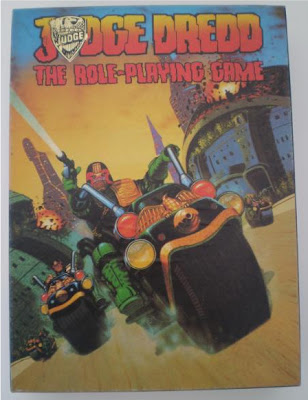 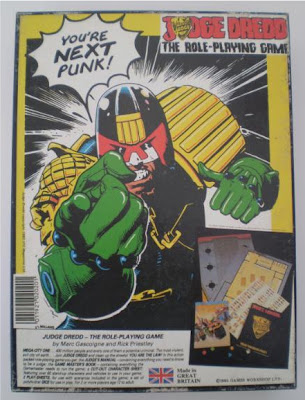 The lid is quite eyecatching, as it portrays 4 Judges on Lawmasters heading towards the viewer. Dredd's leading the charge and it looks like it could be Anderson on the far right. Let's not talk about what is happening to Dredd's chain??? The Judge Badge that takes the place of the 'U' in Judge is like an embossed piece, as it stands out so well (especially with the gold effect) and this is also on all 4 sides of the lid, on the base it's just yellow. The actual artwork on the lid is by Terry Oakes and on the base it's by  Brian Bolland, which shows the actual contents.
Judge's Manual 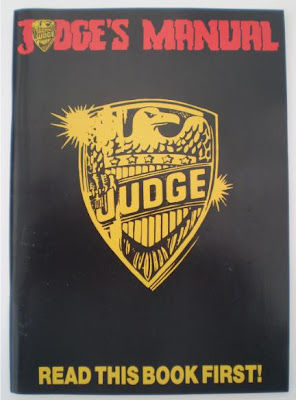 The cover to this black book has the Judge's badge on the front (as you can see). This has 8 parts to it and they are as follows -
Introduction, The Making of a Judge, Making an arrest, Other actions, On patrol, Experienced Judges, A Judge's guide to MC-1 & A glossary of MC-1 slang
All these sections are well thought out and are packed with information and art from some of the early (obviously) and best artists in 2000AD's history. This is the complete credit list of the droids - Brian Bolland, Steve Dillon, Brett Ewins, Carlos Ezquerra, Dave Gibbons, Ian Gibson, Cam Kennedy, Mike McMahon, Kim Raymond, Cliff Robinson, Robin Smith, Ron Smith & Colin Wilson.
You don't need to be a gamer to enjoy this book, as apart from all the game rules there is quite a lot of Mega-City One info in here that will keep the average fan happy. 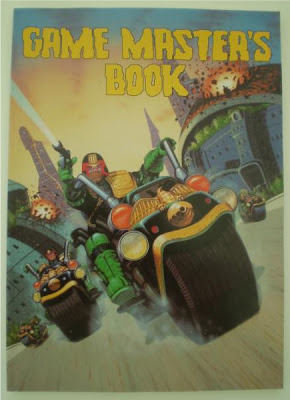 This book has the box illustration as it's cover and inside there are the following sections -
Introduction, Getting started (Firefight - On a hot summer's night), Epanding the adventure, Perps & Crimes, Sectors & City blocks, People, Places & Products, Other data, The ultimate crime of Tony Thermo & Index
Again, this is full of gamer info but there is still enough about the City and Judges to keep the average fan happy and the art does bring back some happy memories. 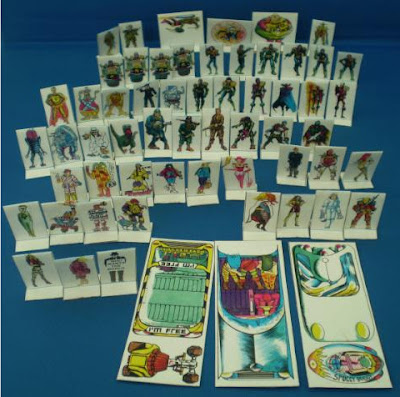 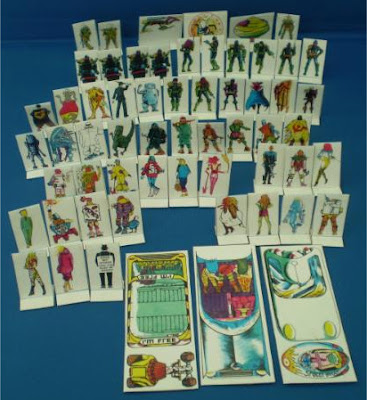 This is really just a double sided play sheet. On one side you have the approach to the Buddy Rich Tunnel & a flyover and on the other, you have the Higgins' Shuggy Hall. These open out into an A2 playing area. 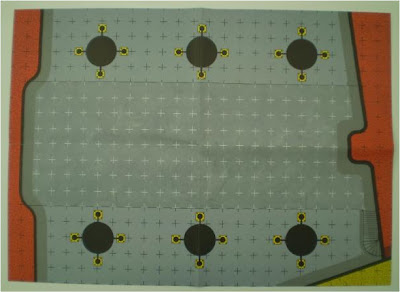 The tunnel is on the left and the flyover, the right (obviously). 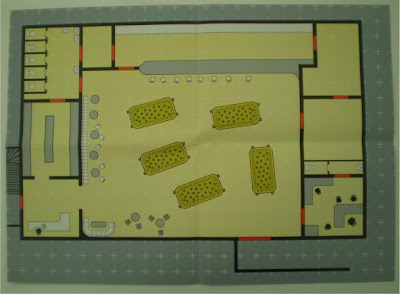 All in all a great product (I can't vouch for the playing of it though) and worth getting on ebay, as there are always a few on sale, at a reasonable price!
Posted by John