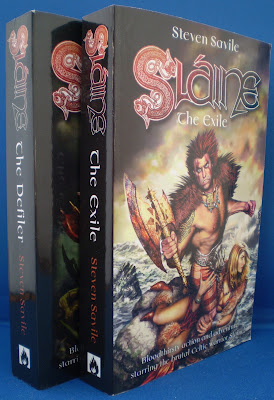 These two novels (released in 2006/07 and priced at £6.99) are expansions on the character brought to us by Pat Mills & Angela Kincaid and is from the pages of 2000 AD. If you've followed Slaine in the prog you'll recognise many elements in these books but that won't spoil your enjoyment as I feel it all adds to the characters story! 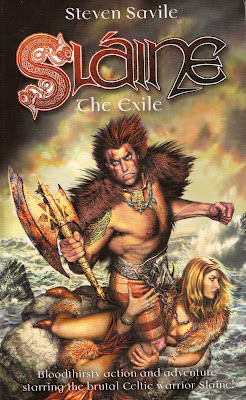 The first verse in the Lay of Slaine Mac Roth

'Tir-Nan-Og - a land of savage beauty where fierce warrior tribes fight for land, cattle and honour. Fate can be seen in every aspect of life in this kingdom, but none more so than in Slaine Mac Roth, son of the Sessair.
Struggling to come to terms with his warrior's gift, the Warp Spasm, the young Slaine gets his first taste of bloody battle when his kinsmen raid a rival tribe. But with fate guiding his path, Slaine's epic journey is just about to begin.' 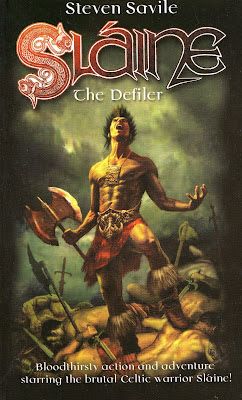 The second verse in the Lay of Slaine Mac Roth

'Celtic warrior and son of the Sessair tribe, Saline Mac Roth, learns of a murderous scheme by the evil Slogh Feg to destroy his tribe. In order to thwart these plans and save his people Slaine must journey to the dangerous other realm of the Sidhe on a quest to retrieve a series of powerful magical items. With only luck, heroism and the help of his trusted friend Ukko the Dwarf, will Slaine be able to stop Slough Feg before it's too late?'

Both novels have a glossary at the back, to help anyone unfamiliar with the strange names and terms that litter the world of Slaine. The first novel also has an excerpt from Mike Wild's Caballistics, Inc. novel 'Hell on Earth'
Sadly, this series was cut off in its prime, as it seemed that we would have been following Slaine's tales through a few good books yet!